The 2022 Throw Pink Women’s Disc Golf Championship will be one of the premier disc golf tournaments of the year.

The event will be held from October 6-9 in Rock Hill, South Carolina and will run concurrently with the 2022 United States Disc Golf Championship. The TPWDGC is a showcase event of 40 of the top female athletes in our sport, playing on behalf of women everywhere struggling with breast cancer. The tournament aims to encourage outdoor activity and bring attention to Breast Cancer Awareness Month, but is also a chance for the best players to compete for a highly coveted title on one of the most storied courses in disc golf, Winthrop. 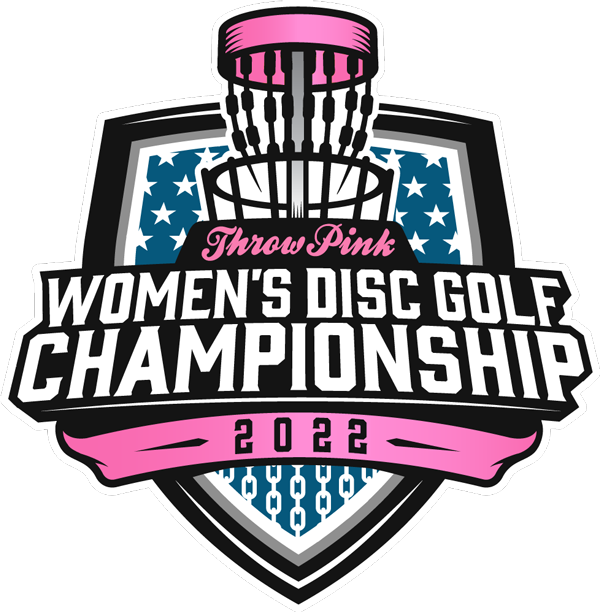 Throw Pink, the organization, has run hundreds of events and clinics to bring more women and young people into the sport; the Throw Pink Women’s Disc Golf Championship serves as an opportunity for thousands of women who found disc golf through Throw Pink to see how far you can take the sport should you choose. It is a chance to highlight the spectacular talent at the top of Women’s disc golf, inspire newer players through the example of our top athletes’ performance, and do it all in the name of a noble cause.

Throw Pink is a 501c3 that encourages women and girls to live healthy, active lifestyles through disc golf. The organization supports women’s health initiatives through events and clinics across the country that help women get outside and be more active. First founded in 2013, Throw Pink was created to help spread awareness, create a support-network, and raise funds for those struggling with breast cancer.
“Throw Pink was founded because we saw a need and an opportunity. A need to get more women playing disc golf and a chance to utilize our amazing disc golf community to make a difference in the fight to end cancer.”

Today, the organization has evolved to running tournaments and clinics that support all aspects of women’s health. Our mission is to help women get up and go, celebrating the incredible determination of athletes and survivors alike.

Throw Pink has been supporting the growth of disc golf for women and girls at all skill levels for years, but now thanks to the continued support of the USDGC crew, the TPWDGC has been our first opportunity to support women on the game’s professional side. The event has been a huge success over the past two years and the 2022 TPWDGC will be bigger and better than ever. We have an unbelievable line-up of athletes qualified and are expecting the highest level of competition at a Throw Pink event yet. What’s more, we hope to reach more new players, raise more money, and foster more new connections than any year prior. Whether you are here in person or tuning in on Disc Golf Network, the 2022 Throw Pink Women’s Disc Golf Championship will be an event not to miss. 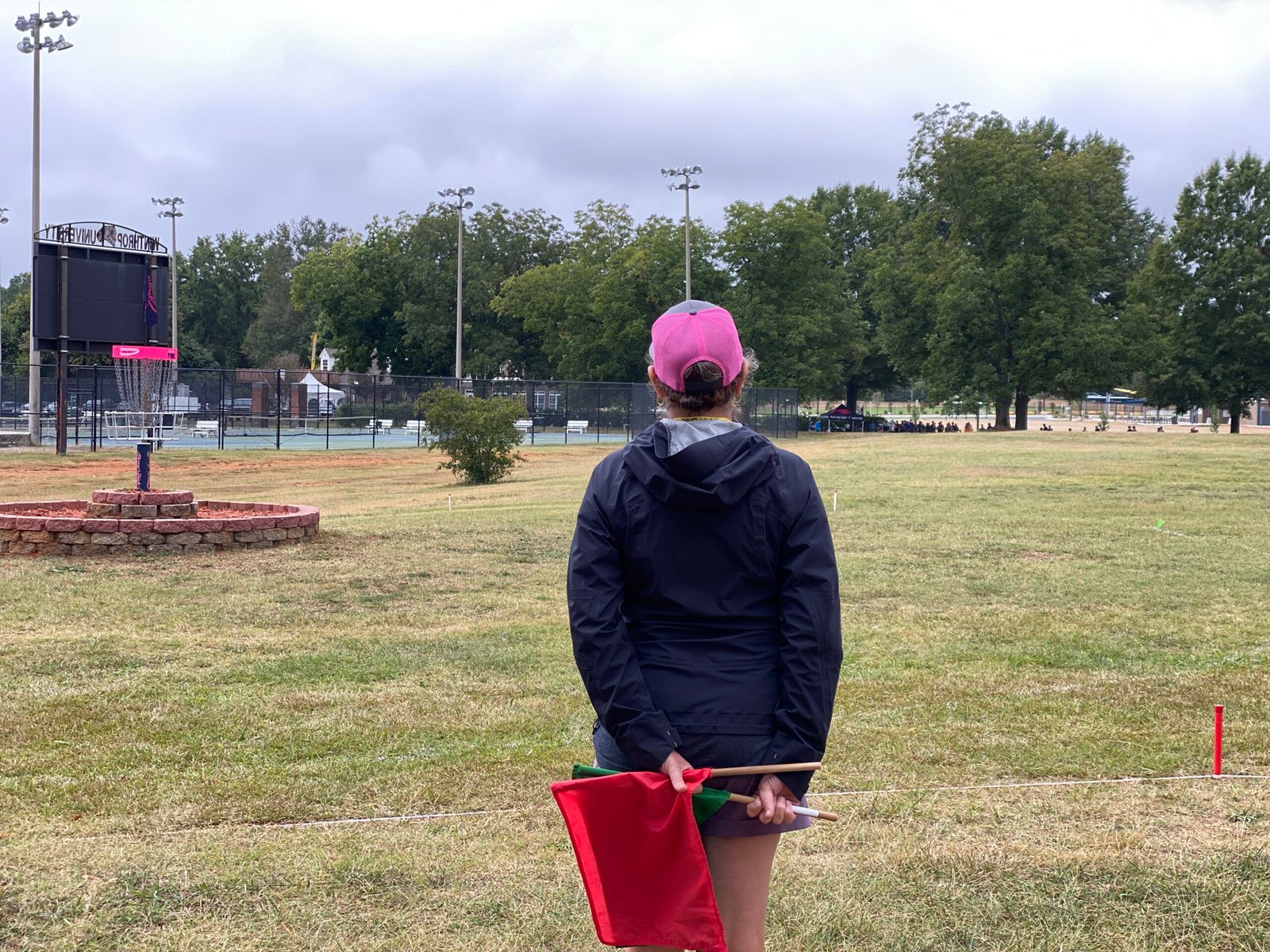 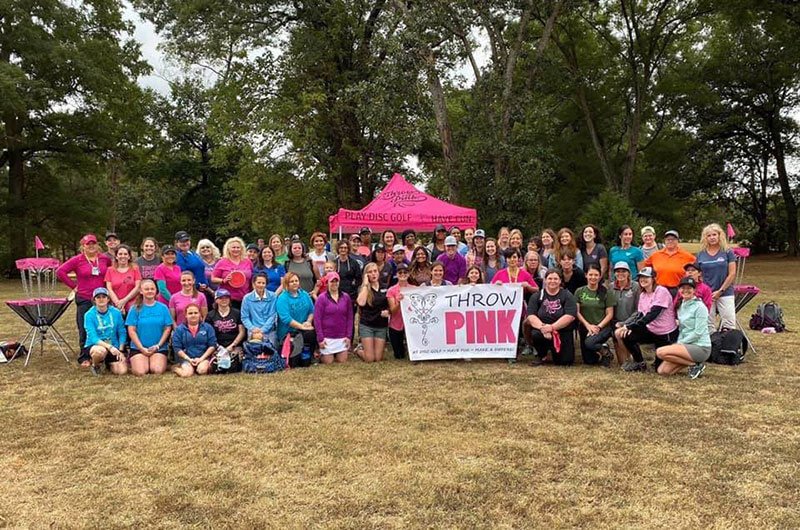 On Saturday, October 8th, a Throw Pink Clinic will be held on the Winthrop University campus for women and girls of all skill levels! We will kick off with a disc golf instructional clinic at 1 pm that will get new players on their feet and refine the skills of those who have played before. A casual round will follow on a beginner-friendly temporary course designed by Andrew Duvall, the current USDGC and TPWDGC course designer.

Stop by the Throw Pink tent in the Vendor Village each day of TPWDGC for fun programs and give-aways! We will have jewelry making, Makani disc coloring, a prize wheel, and putting games! We will also be doing a daily raffle for the Pink VIP Pass holders. Stop by the tent each day to get your name in the pot for the drawing. 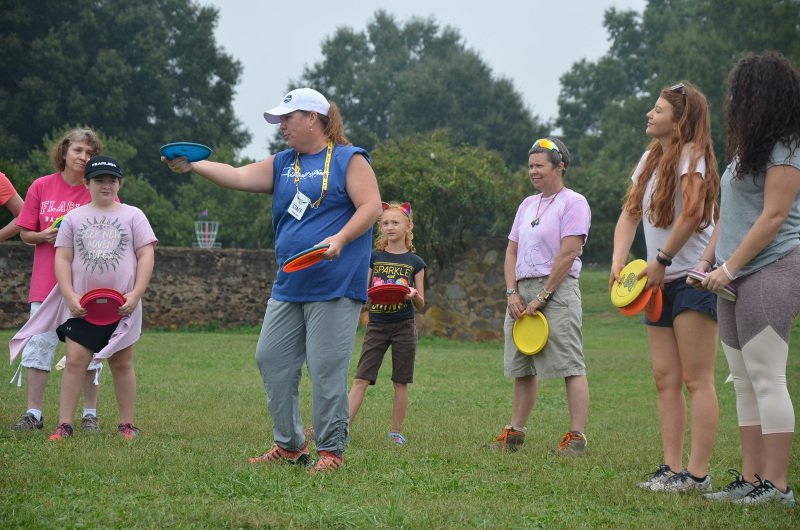 The Throw Pink tent will feature a place to write and remember the names of those that you have lost to cancer and a place to honor survivors. The TPWDGC is a celebration of disc golf’s top athletes, but also a chance for survivors and loved ones to come together, feel supported, and make new connections through a passion for disc golf.

This year, for the first time, Monday qualifying, USDGC doubles, the USDGC Distance Contest, and the Dean’s Cup will all include players from women’s divisions. On Monday, October 3rd, eight women will compete for a chance to earn the final spot in the Throw Pink Women’s Disc Golf Championship.

The USDGC doubles is an amateur only event that is proud to include a women's division for the first time this year. This division will play on a modified version of the TPWDGC layout at the famed Winthrop Arena Course as well as a modified version of the Camp Canaan Riverbend Gold course. This year’s Distance Contest will include an FPO division and is expecting triple the payout from last year. And the Dean’s Cup, a team-based event specifically for college athletes, has been expanded to include women as well. We are extremely excited at these added opportunities for female players to compete this upcoming Championship week.

With the expansion in popularity of disc golf over the past few years, it is clear that there are far more than 40 women that can compete at the top level of our sport. So why only have a 40 person event? The TPWDGC is meant to be a showcase event that shines a light on the best of the best. Players must earn their spots with a strong result at a qualifying tournament or play their way in at the Monday qualifier before the tournament begins. The 40 women who qualify serve as examples and inspirations to newer women in the sport and play on behalf of women everywhere struggling with breast cancer. Because the event runs concurrently with the USDGC, available space on the course is a limiting factor to how many registrants we can accept. The TPWDGC will continue to grow each year. This year’s addition of women to the USDGC Doubles, Dean's Cup, Distance Contest, and Monday Qualifying are all new opportunities for the ladies to compete at Winthrop. As the event grows, we hope to make space to showcase not only how amazing the best women are, but how deep the FPO field has become.
40

The United States Women's Disc Golf Championship is the Major event each year that parallels the USDGC for the men. The 2022 USWDGC took place in Madison, Wisconsin this past summer and was won by Hailey King. The TPWDGC serves a different purpose and holds a different prestige. The event is not a major, but for many players is just as desirable a title. The winner of the TPWDGC becomes a role model to countless, new players who see that success and strive higher themselves because of it. The 40 players who earn the honor of competing in this special event, represent and play on behalf of the greater FPO field, new female athletes to disc golf, survivors of breast cancer, those who were less fortunate, and their families everywhere.