The divide between scores widened today during Round 2 of the USDGC as players decided whether to stay consistent or risk switching up their game plan. Here’s a peek at today’s action: 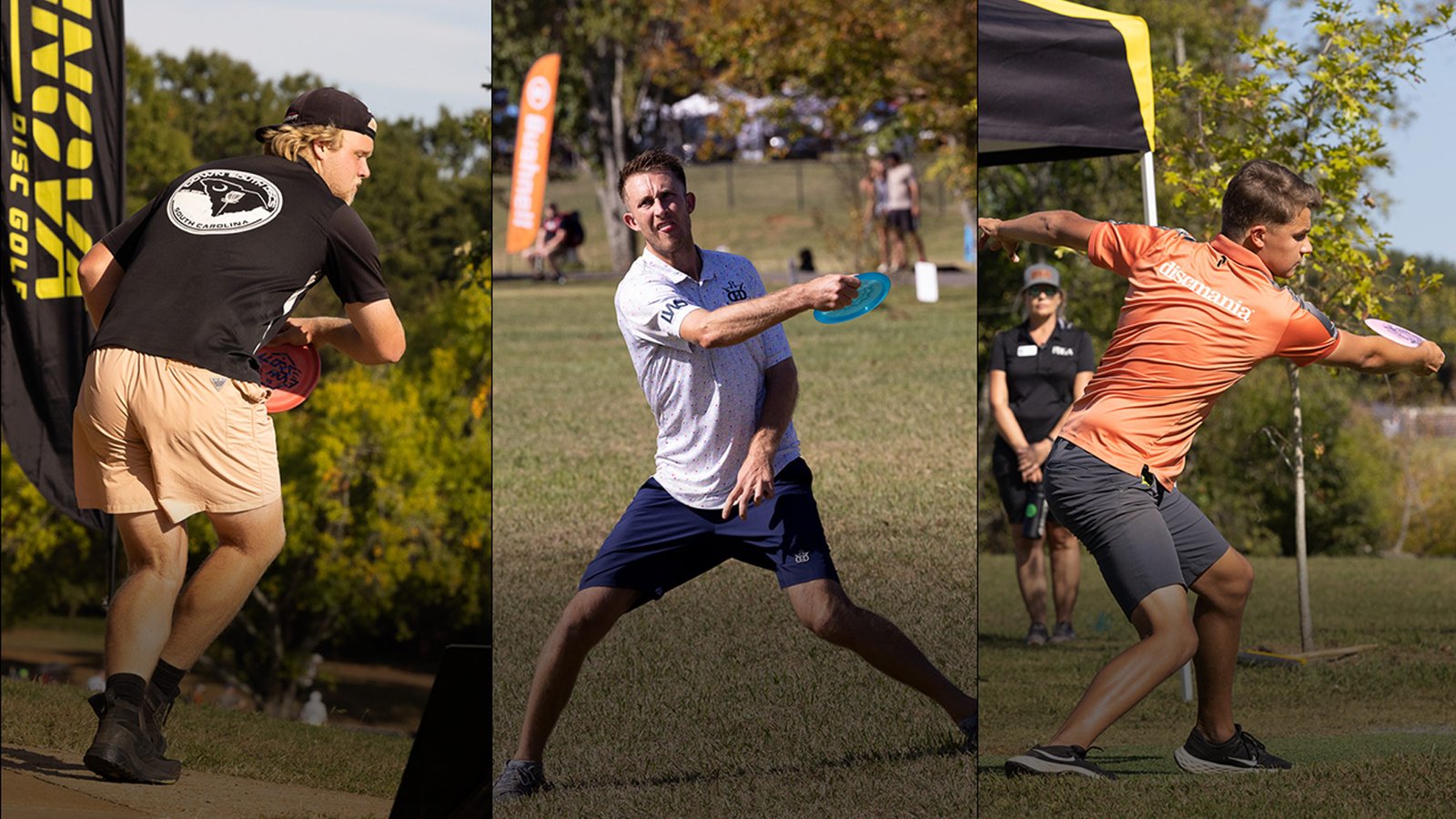 Round 2 of the United States Disc Golf Championship resulted in a pretty rare occurrence. Jake Monn, Ricky Wysocki, Niklas Anttila all tied for first with a 15 under par score.
Wysocki stayed true to his word, and his game, with another safely aggressive round on day 2. Hitting 88% of his circle 1 putts and 79% of fairways secured him yet another day on the lead card. That’s not to say that Wysocki didn’t face a few hardships on the course. “I scrambled alot more today to save par. It’s not as easy to have 40, 50 footers for par. I was able to hit a lot of those and keep the momentum going of the round.” With a clean round set for Wysocki on Day 2, the 18th hole threw him for a loop when he switched his approach to a side arm, leaving him in an awkward position to play from. “I got a really bad roll. That’s the tough part about the fairway on 18, it’s sloped. That’s the risk you take throwing a side arm into the hill. I was happy with the shot decision I made. I just didn’t execute it.”
OB shots plagued Niklas Anttila on Hole 7 and 9, as he threw on the Winthrop Arena Course. However, Anttila continued to play well as he birdied Holes 10, 11, 16, and 18. “I know how to win. I have a good game plan. I just need to execute my shots and make my putts.”
Jake Monn, a 17-yr old that qualified for The Championship at Pro Worlds, brought his a-game to the course leaving him on the lead card for Saturday’s round. His drives were like a laser hitting 79% in the fairway and his putts were even better hitting chains on 85% of circle 1 putts. “It feels really good - I can’t think of anything else.”

The second round of the TPWDGC resulted in a massive switcheroo that would have left your head spinning faster than Inception. Here’s a peek at today’s action: 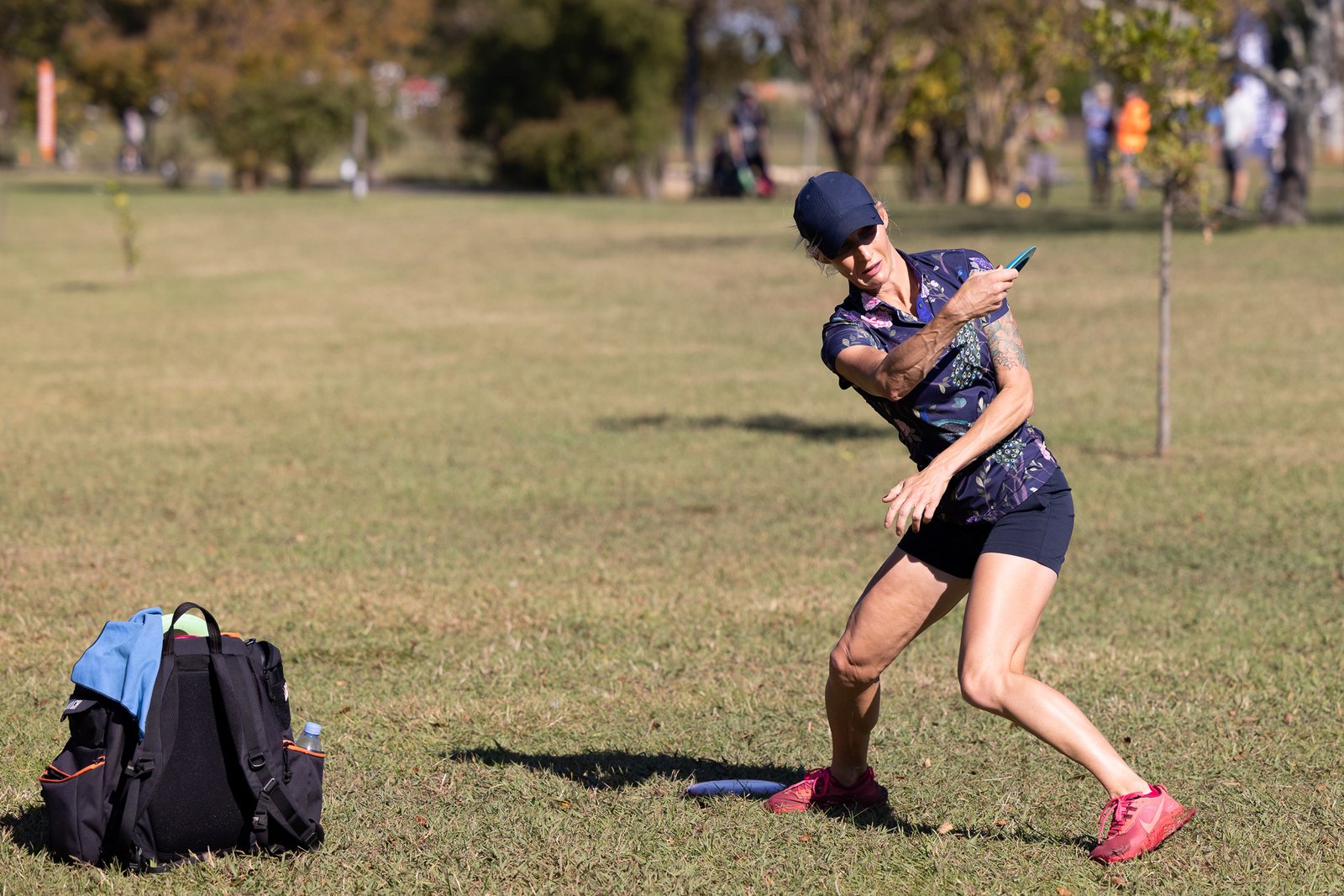 Catrina Allen (-16) got the ‘pink’ gold, and she’s fighting hard to keep it. Getting T2 yesterday did nothing to deter Allen, as she kept calm, cool, and collected throughout the round. Every scramble was perfect, every C1X putt was perfect, and fairway hit was 78%. “I made some adjustments from yesterday. My circle 2 putts felt stronger. Just 1 missed putt on 14. I vibed with the course and the way it’s set up.” Most impressive, despite going OB on Hole 9, she managed to pull around for par. “I’ve thought about laying up on 9 and just trying to get the birdie. But I love that, no matter what, from the dropzone I’m getting the par.”

In TPWDGC Round 2, Ohn Scoggins moved from -3 to -10. Focusing less on her score, and more on how she wants to approach each hole, Ohn Scoggins rocked Winthrop Arena Course during placing her in 2nd. “Today I focused and try not to look at the score. It’s (a) hard thing for me not to do.” Her entire round was clean and bogey free, an impressive feat to do at Winthrop. The trick, she said, is to “play smart, lay up, and try to make the putt.”

A well-fought round by Henna Blomroos landed her in fourth place at the end of round 2. Blomroos made par during round 1, but after hitting a whopping 12 birdies on the course, she finished 10 under par. “My game was on and I enjoyed every minute on the course.” Hole 17 was her only downfall, resulting in a bogey. “I think I threw pretty good, but it was a little too short. I knew that my perfect round went there. But after that I still played a pretty good round.”

Relive Round two and catch round three live at DGN or get tickets at discgolfunited.com.