A Few Minutes with Jeremy Koling 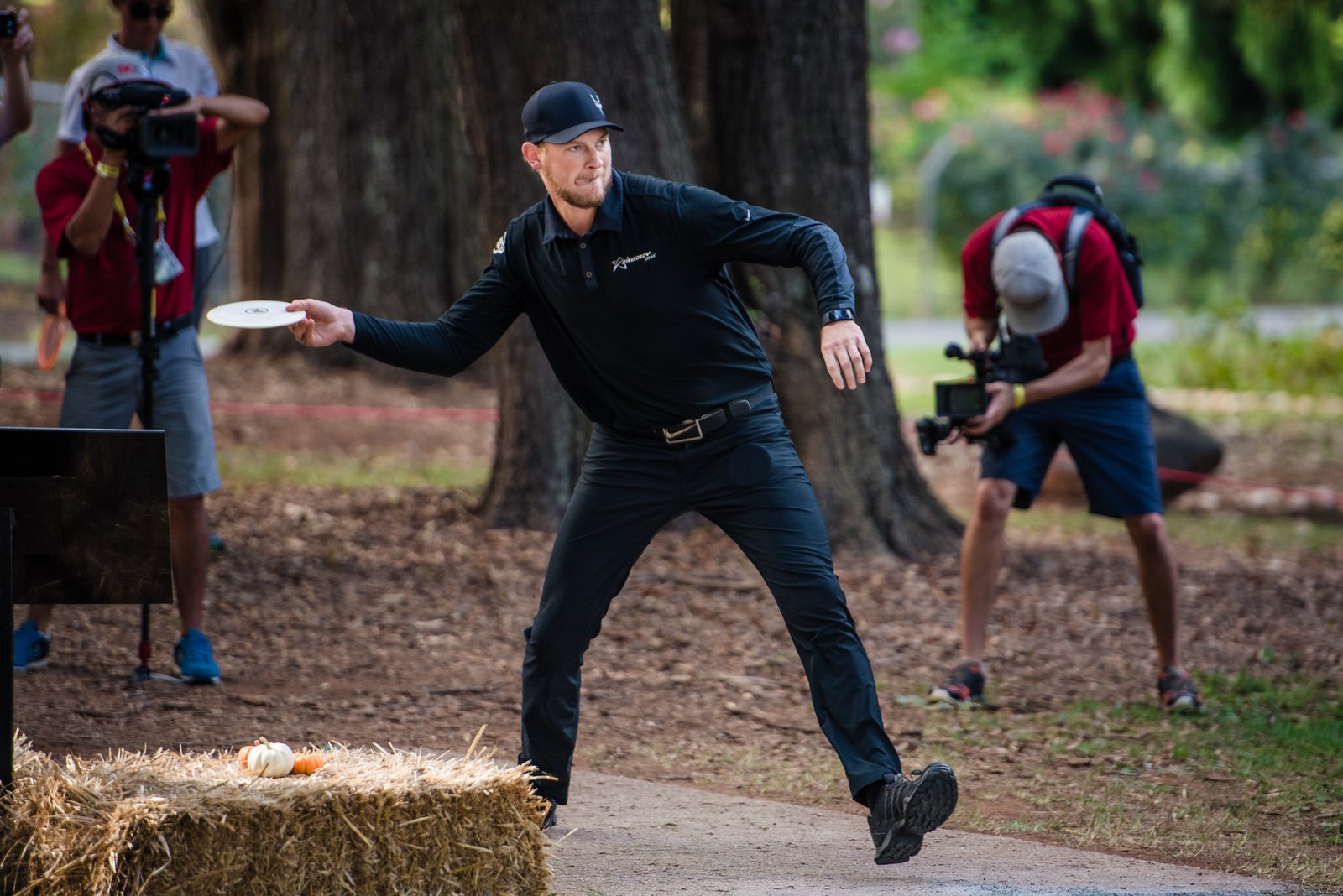 Charlotte’s Jeremy Koling continued his inspired play during Thursday’s Round 2, shooting a 59 (-7) and now sits in second place, four strokes back of the lead. Koling has had some big wins in his career, but is still searching for his first Major.

I caught up with ‘Big Jerm’ after his round and got a few comments on his performance.

Q: I was able to watch you on Hole 12 through DGWT’s Instagram video coverage where you made one good shot after the other. Tell me about that hole.

Koling: “…That’s a hole that has always given me trouble, so birdying that hole was huge for my confidence…To get a birdie on that one in that situation was huge for me to finish the rest of the round out.”

#PlayByPlay #jeremykoling with a big birdie on #hole12. Follow the live scoring at discgolfworldtour.com/live #DGWT #USDGC2016 #USDGC #discgolf #Round2

Q: It must feel good to be in your current position.

Koling: “Yes it does feel good. I’ve never been in this situation at this tournament before. To be here after two rounds is great, but my goal isn’t to be here after two rounds. It’s to be in (the lead) after four. I’m happy how the first couple of rounds have gone, but there’s definitely a lot of things I can clean up and get better. And if I can do that than I think I can win this tournament.”

Q: With the forecast calling for rain tomorrow, what’s going to be your game plan?

Koling: “…I think the main thing is to not take bogeys…You have to listen to yourself in situations that you need to layup sometimes. Because if tomorrow is as bad as people say it’s going to be, people are going to take some really bad numbers out there. So the game plan tomorrow is just going to be play smart, keep it between the ropes…A couple of bogeys will probably happen, but try to not get too down on yourself on any bogeys because they’ll be happening to everyone.”