Chance for Major Sweep is Just Another Year for McBeth

Better start calling Paul McBeth, Paul McSweep, because talk of Major event sweeps center around him more than anyone else nowadays. McBeth, the defending US Champ has another chance of capturing all of disc golf’s Majors if he wins the USDGC. It’s the third time in seven seasons he’s had this incredible opportunity.
He’s certainly building enough momentum prior to the Championship to make it happen this year. 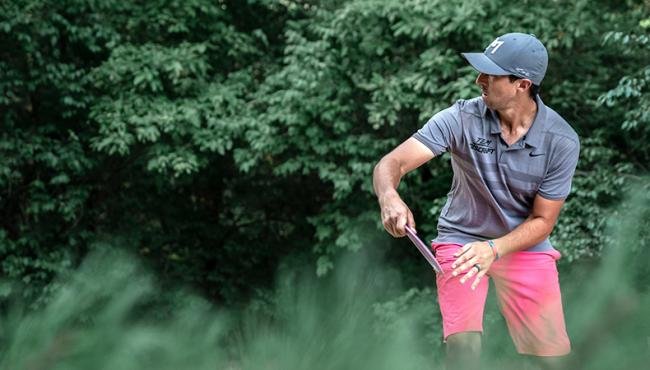 After a slightly slow start to the season with a 10th place finish at the Las Vegas Challenge (NT), followed by placing 4th at the Memorial (DGPT), McBeth has been on a tear. He’s won 13 of his next 18 events, including the two Majors preceding the USDGC: the European Open and the World Championships. Even amidst all of the hype from switching disc sponsors at the beginning of the year, McBeth has still played like McBeth.  No matter how you feel about his move, you have to respect the focus he has employed this year. 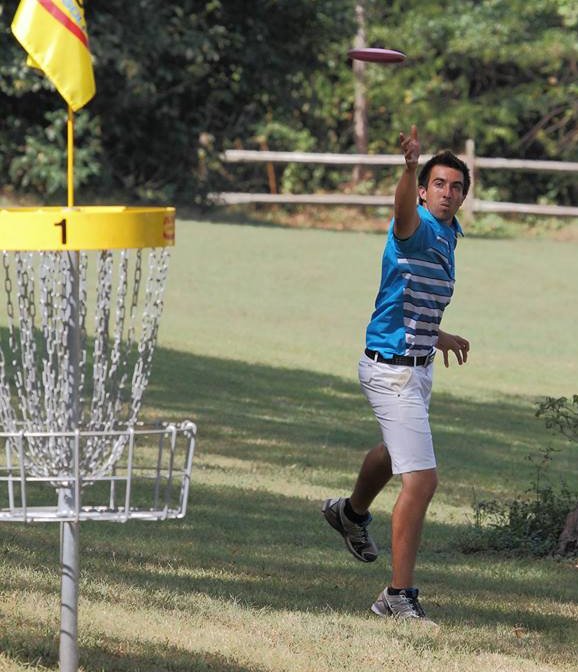 Having a run at all of the year’s Majors is nothing new for disc golf’s most dominant player. He first made a run at the record in 2013, the year he really started taking the tour by storm.
After winning the Copenhagen Open, the European Open, and the World Championships, McBeth however fell short at the USDGC, even after breaking the Winthrop Gold Course record with a 52 (-15) during the final round, it was only enough for an 8th place tie.
The following year, the Grand Slam run ended early when he failed to win the year’s first Major, the Japan Open. However, he still ended up winning two of the four Majors and had a chance to win a third, the USDGC, but got edged out by Will Schusterick during the second hole of a playoff.

Depending who you are, you may call winning all of disc golf’s Majors a sweep or you may call it a Grand Slam. When most non disc golfers think of ‘Grand Slam,’ golf or tennis comes to mind. In those sports Grand Slam refers to winning all four of the year’s Major events, which are the same annually.
However in disc golf, the number of Majors and the events classified as a Major often fluctuate. This year there were only three Major events. When McBeth achieved the sweep or Grand Slam (whichever you want to call it) in 2015, there were five. But regardless as to what it’s called, it’s a monumental feat. 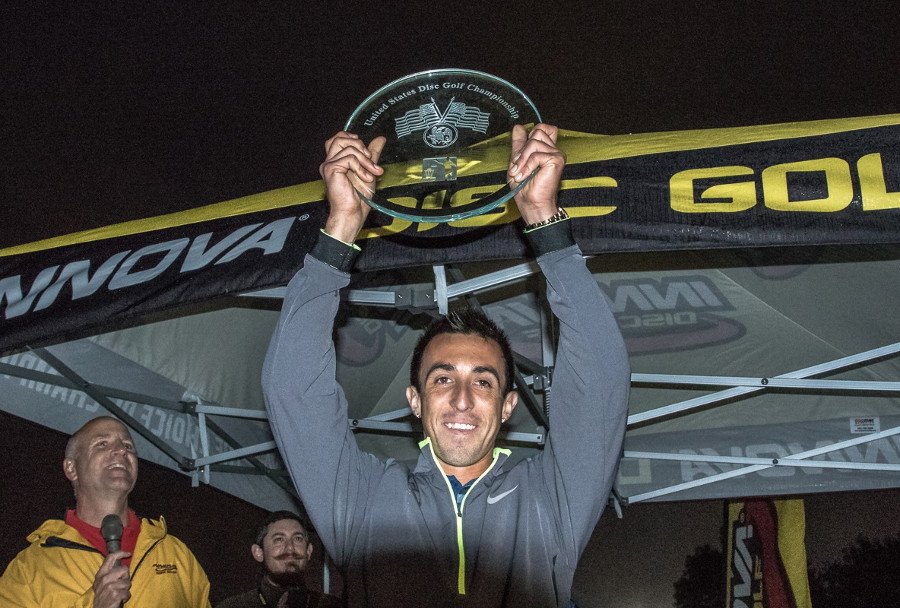 In 2015, with a bundle of PDGA Majors on the schedule and positioned all over the globe, McBeth visited each one and took them down starting with the Aussie Open, followed by the Scandinavian Open, the European Open, the World Championships and finally the USDGC. That year at the USDGC he came from three strokes behind to start the final round, battled it out with perennial rival Ricky Wysocki, until he leaped past him after Hole 17 and won by five strokes.
“There are so many young players coming up and this will push me even harder. I now have more titles to defend. That’s my favorite thing: defending titles,” said McBeth after his win.

The following years, 2016 and 2017, were the years of Ricky Wysocki (Wysocki actually had a chance for a sweep in 2016, but stood in 3rd place when the USDGC was called off after three rounds due to Hurricane Matthew). Those years, Major titles were scarce for McBeth at least for McBeth standards. He only had 2 Major titles from 2016-2018, the 2017 European Open followed by last year’s USDGC. 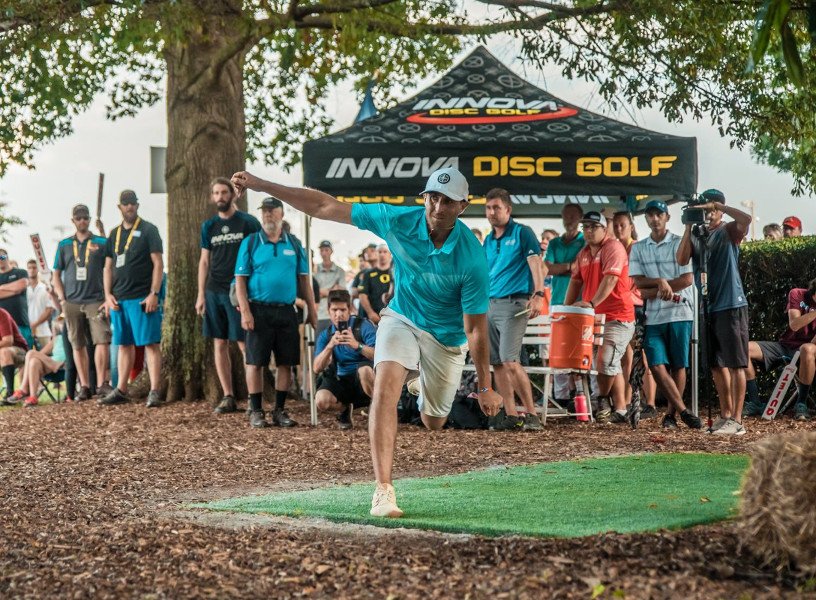 While being under the weather for much of the event, McBeth still had enough for his second US title. He led the event from the start and had a five-stroke lead going into the final round. However, Kevin Jones and James Conrad gave him a run for his money, with Conrad tying it after Hole 13. McBeth then moved ahead, holding a three-stroke lead going into the treacherous Hole 17. Disaster nearly struck when his drive went OB. However, he did not fall into Hole 17’s trap. Instead of using the same backhand putter shot he’s used successfully many times, he switched to a forehand and landed safely with a one stroke lead still intact. A park job approach on the final hole secured the win.
“There have been so many great champions in this tournament’s history, just to be able to etch my name in there twice is just an incredible feat,” said McBeth after his win. 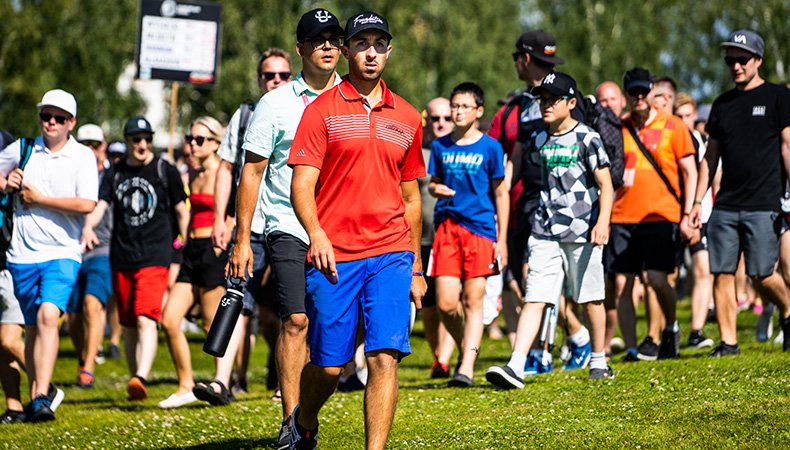 McBeth Has Eye on Sweep, Again

McBeth seems to have a second Major sweep on his high priority list. After winning the World Championships in August McBeth said he hadn’t really celebrated the win because he still had work to do.
“Since I won the European Open and then winning Worlds, I don’t want to get too caught up on it and just be celebrating that I won the fifth Worlds because I want to win the USDGC now. I want to win all of them (Majors),” said McBeth during the SmashBoxx TV Worlds Recap.

Will He Join the 3-time US Title Club?