Johansen Carries His Father’s Memory in His Disc Golf Bag

Even though Michael Johansen’s dad died this summer he still keeps his memory alive during his rounds with a little turtle figurine that once belonged to his father.

Michael said that if you knew his father Robert Johansen, of Denver, N.C., you knew that he loved turtles and that he had amassed quite a collection of all things turtle including art pieces, glass figurines, toys, and other collectibles. 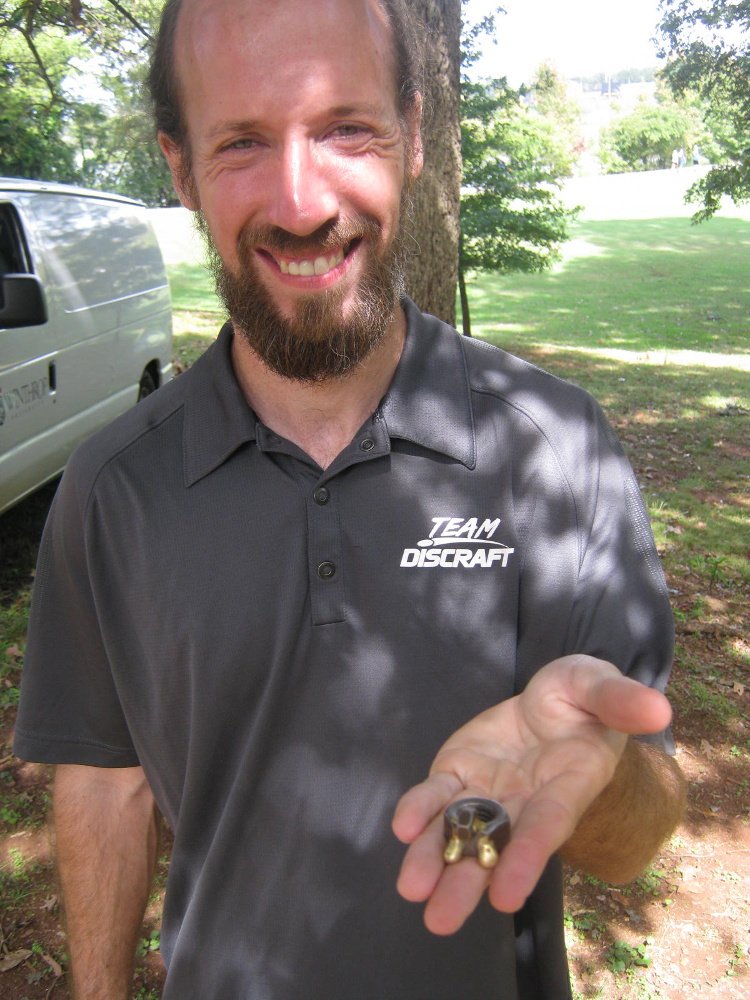 Robert was also the one that first encouraged Michael to start throwing Frisbees as an adolescent and later was a big supporter of his son’s disc golf career.

“He was always there for whatever happened. Good, bad, and whatever,” said Michael, 36, who also lives in Denver, N.C.

Robert also enjoyed attending the USDGC to root for his son until he became unable to after being diagnosed with cancer in 2013.

After his father died earlier in the summer, at age 69, Johansen wanted a way to keep his father with him during the round. So around June, he picked out one of his dad’s more durable turtle figures to keep in his disc golf bag during events. 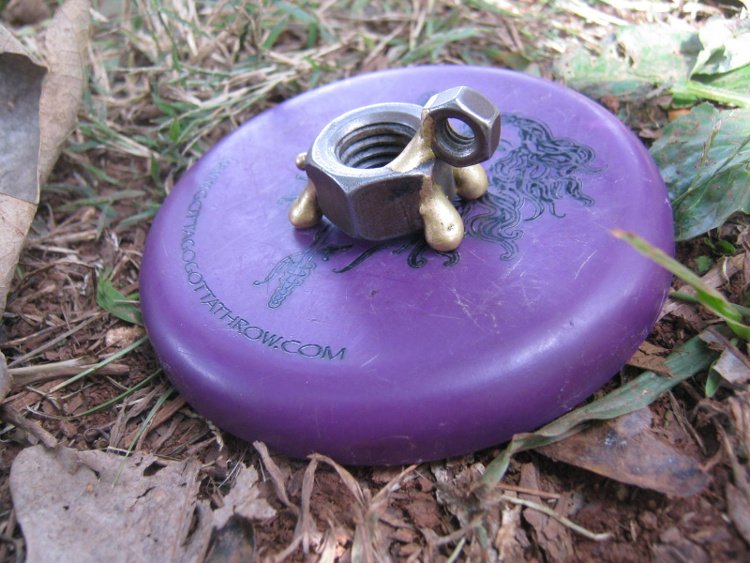 He said that during a round he’ll often place the turtle near the tee and on top of his mini to mark his shot.

The figure is made up of two typical hardware nuts and added to it are metal turtle-like appendages. It’s a cool little figure.

Robert was the type of guy to get out of his car after spotting an actual turtle on the road and help it safely across, said Michael.

Johansen said his dad started collecting various turtle collectibles, but his collection really got going once friends and family got wind of his interest.

“It just snowballed,” said Michael, adding that if you were out of gift ideas for Robert, a safe bet was something involving a turtle.

So what was his dad’s fascination with turtles? “I don’t know, he always just loved them,” said Michael.

During the USDGC’s final round on Saturday you may see the little turtle figurine make an appearance. When that happens you’ll know Michael is thinking about his father and the love his father had for him.