The USDGC and its live stream media partner Fulcrum Media are pulling out all of the stops for this year’s live coverage. More cameras. More technology. More hands-on deck. And, best of all more live lead card disc golf.

Here’s a closer look at how live coverage will play out this year.

Live stream pay-per-view will feature lead card coverage for rounds 2, 3, and 4, and includes commentating from 5-time US Champ Ken Climo. Fans may purchase the entire 3-day broadcast for $9.99 now. Proceeds will benefit the Educational Disc Golf Experience and help fund the broadcast itself.

Going into 2018’s production, Fulcrum and the USDGC knew they’d be facing the same challenges of other live disc golf productions, chiefly limited cameras and signal to follow the lead card properly. What resulted was a focus on Hole 17 with occasional drop-ins on the lead card.

Here's a look at the final holes from last year's broadcast:

However, they learned that as much as USDGC fans love the drama that Hole 17 provides, they wanted more lead card coverage including the reactions from players and fans, said Fulcrum co-founder Luke Johnson. So that’s what they’re going to bring this year, lots and lots of lead card coverage.

How Will the 2019 Live Broadcast Look?

Live viewers should expect to get closer than ever to the USDGC’s lead card. To ensure the lead card is amply covered, Fulcrum is bringing their 18-foot production van to follow the lead card on nearby roads. Essentially a home base on wheels, the addition of the van will allow Fulcrum to package complete multi-camera coverage of the lead card with graphics, replays, and more all while having a consistently strong signal. 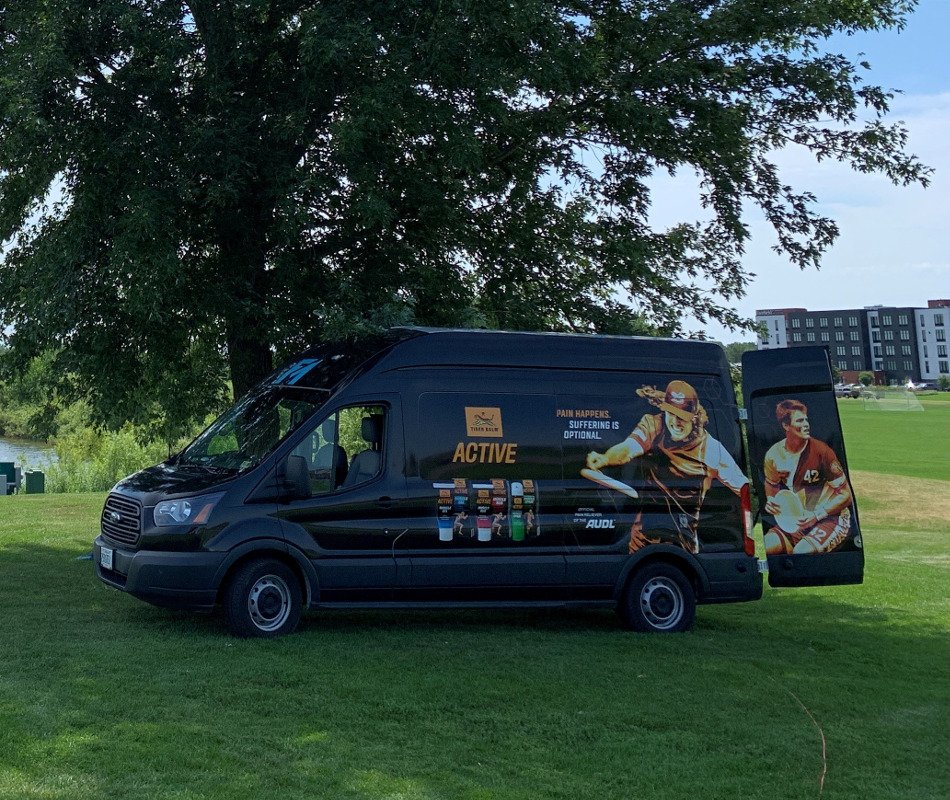 “That’s a huge advantage,” said Johnson, whose team has broadcast American Ultimate Disc League games online and to TV the last few years, many from the exact van.

Unlike many of today’s lead card coverage with one or two cameras, Fulcrum will employ four. Connected to the production van will be three camera operators to capture the players’ shots, the discs’ flight/landing, and the reactions of the players and fans. In addition to that, a live video drone will be used for large scale shots.

“We’re hoping that it will bring fans as close to the action as possible,” said Johnson. 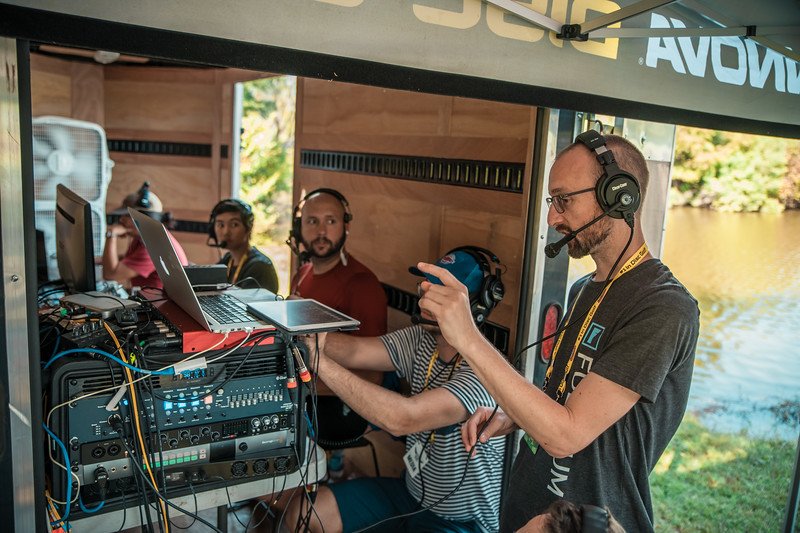 Live from the Studio Booth

All of that lead card coverage will be sent to the commentator booth/production studio positioned near the Pro Shop. Five cameras will be on hand here including two focused on the commentators, one in the new player warm up area, one perched near Hole 18 catching scenic shots, and another in a special spot to be determined. Calling the action will be familiar USDGC faces Jamie Thomas, Hannah McBeth, and 5-time US Champ Ken Climo.

“That’s another thing that separates this live broadcast from the others, is to have people like Ken Climo involved,” said USDGC Event Director Jonathan Poole. “With Paul McBeth chasing another Grand Slam and Climo calling the action, it’s going to be can’t miss TV.”

This is going to be an incredible presentation of live disc golf – possibly one that others will be measured against. We believe disc golf and the USDGC are worth this extra effort and those that tune in to watch will find it to be a worthy investment.