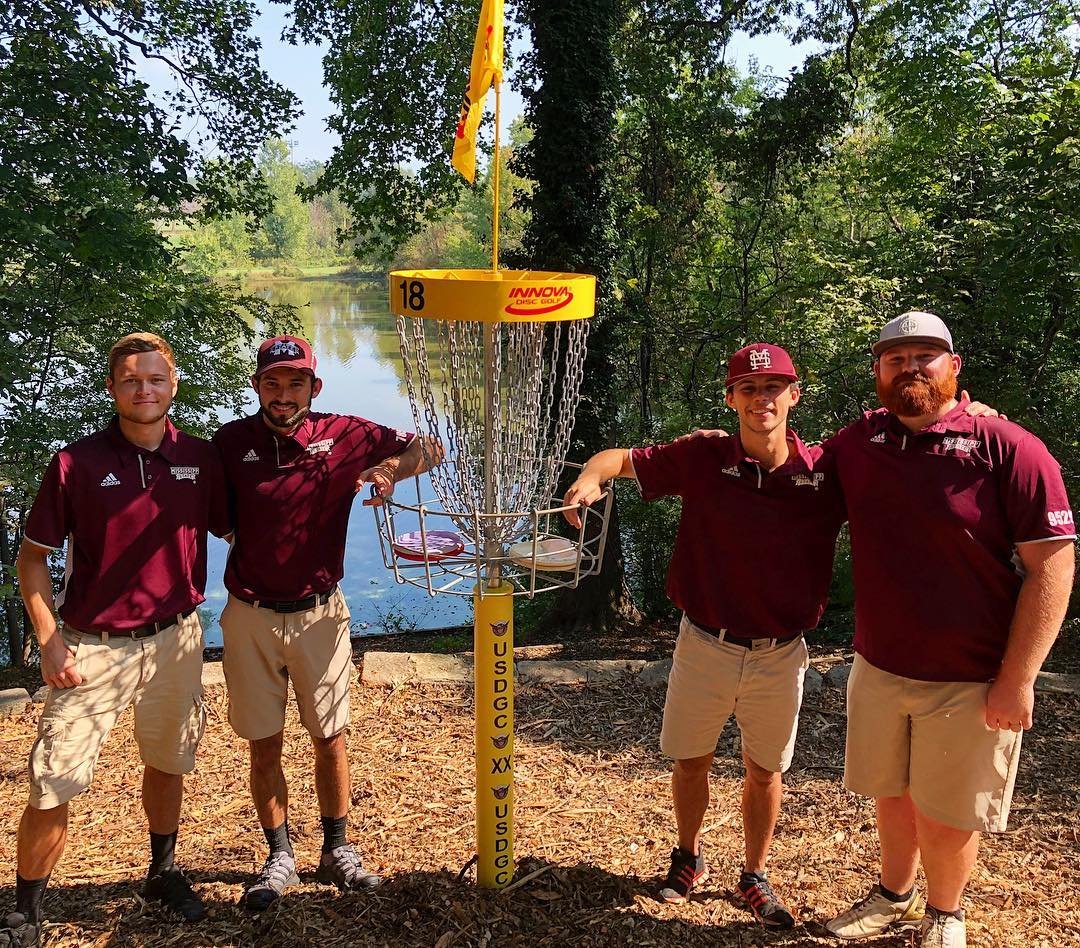 On a course as challenging as Winthrop Gold, sometimes it helps to have a partner.

Teeing off on the second card of the day Saturday, our Dean’s Cup Final Match was set between Mississippi State and Liberty. During Friday's Round 1 match against Clemson, the Bulldog’s bogey free round and consistent play led to a victory, while Liberty maintained their composure after a few early unfortunate breaks to edge past NC State after two playoff holes.

On Saturday, the Bulldogs started off hot, with two birdies on Holes 1 & 2. Already two strokes back, Liberty’s resolve shined through as they answered with two birdies of their own on holes 3 & 4. With a great drive from Hunter Thomas, and two approach shots to the water’s edge, Liberty was set up to attack the green on the iconic hole 5. Things didn’t go as planned. After two errant upshots into the water, they failed to land safely on the green. Liberty was taking a bogey at best.

Hole 5 was a turning point in match

Mississippi State’s Jacob Henson saw an opportunity. He led the way with an absolute crush off the tee and after a slightly misplayed approach shot, he was pinned to the trees on the right side of the fairway. His partner threw his shot OB and they were looking at 400 feet to the green. This was the turning point in the match. Jacob ripped a forehand safely in bounds and just outside of circle 1. Steven Hillerman capitalized on this sensational play and hit the 35 foot step putt for birdie. Mississippi State never looked back and continued on to victory at the 2018 Dean’s Cup Invitational.

Regardless of the results, all of our the teams we’re proudly representing and giving it their best! Liberty’s Steve Bowman was pumped to have his team on this iconic stage, “for all four schools to be here, it’s a huge venue”. He goes on to say, “many of these players want to be here on the next level… they’ll go back, work hard for the next couple of years and try to get better.”

Thank you to everyone who supported us; the volunteers, staff, and especially Innova for inviting us to take part in this prestigious event. Keep up with our collegiate disc golf action all year long on Instagram @collegediscgolf and on our Facebook page, National Collegiate Disc Golf Championships.

Here are the last few holes of the MSU vs Liberty match: