Down by three strokes to start the final round on Sunday, a pair of Blakes from NC grabbed a share of the lead after regulation, then pushed over the top after three playoff holes at the Canaan Riverbend Gold Course in Rock Hill. 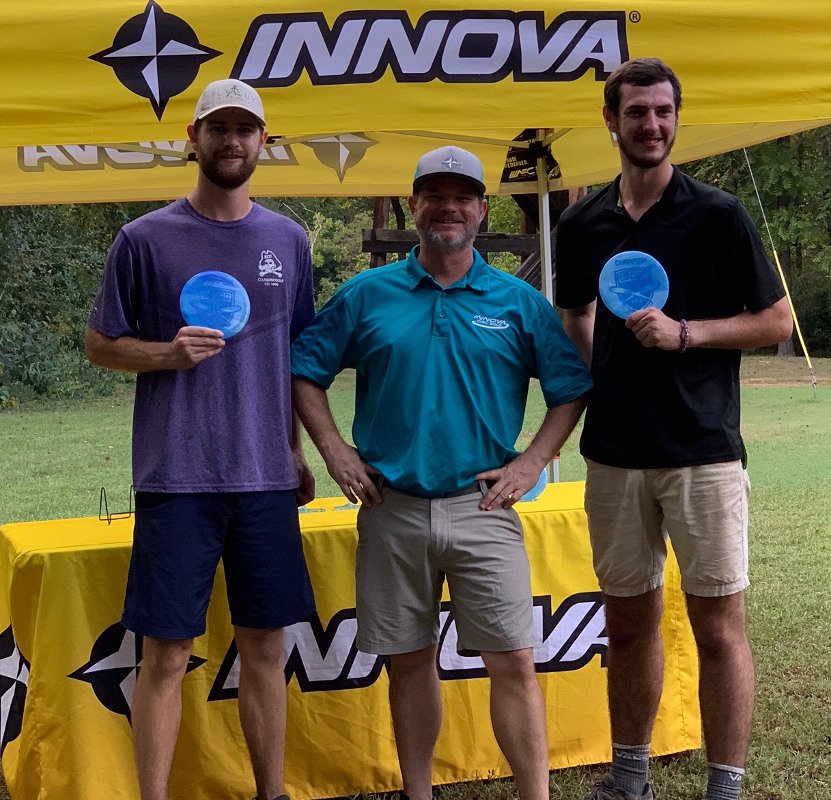 Poland/Montayne Clutch in the Woods

After shooting a respectable (-3) at Winthrop Gold on Friday, Blake Poland, of Goldsboro, NC, and Blake Montayne, of New Bern, NC, stood at a tie for 11th place. They turned it on, though, once they hit the densely wood Canaan Course shooting (-10) for both Round 2 and 3 on Saturday and Sunday.

After regulation, they were tied with Colby Childress of Knoxville, TN, and Leif Force of Tallahassee, FL. The teams remained tied after two playoff holes, but it all ended on the 252-foot Hole 16 that features a significantly elevated basket atop a spiral staircase. Childress/Force’s tee shot left them with a tricky putt from the left side rough and were not able to convert for birdie or their comebacker for par.

Staircase Putt for the Win!

With Poland’s tee shot parked under the staircase, the two could’ve placed their next shot on the staircase to ensure an easy par putt, but decided to keep it interesting. Straight under the target, Montayne then threw a basketball type shot that toppled end over end into the basket for the birdie and the win.

USDGC Doubles Director Dave George wanted to thank all of the competitors for taking part in the successful event and is looking forward to making next year even bigger and better.

Here's a pic of USDGC Doubles Runners Up: Childress/Force 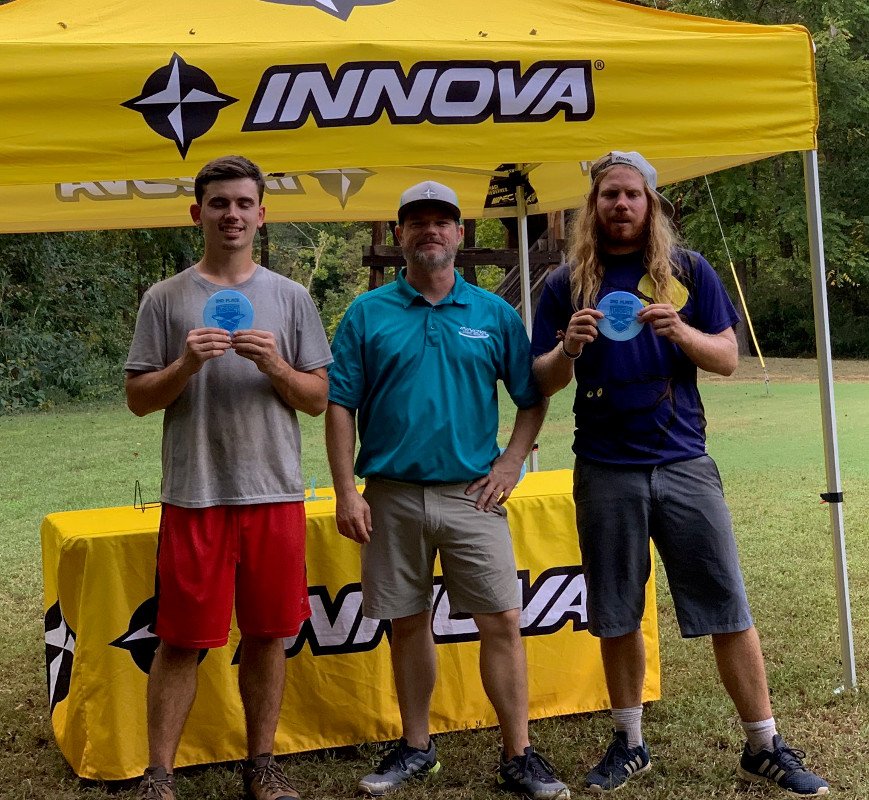