As anyone following disc golf closely knows, the United States Disc Golf Championship has always been an event that's known for pushing boundaries of the sport, as well as being a testing environment for new rules and practises inside and outside the course. Probably the most noticeable new element this year was the extensive media coverage produced by our staff in association with Spin18 ltd crew and its collaborators.

Since its inception, USDGC has been known to push the extra mile to give the players and spectators the best possible experience. With the 2015 edition we wanted to bring also the online audience inside the ropes by offering an extensive package of videos, articles and photos, served fresh from Winthrop. While there's still some videos on the edit room table, it's time to take a look what was gained by these efforts. 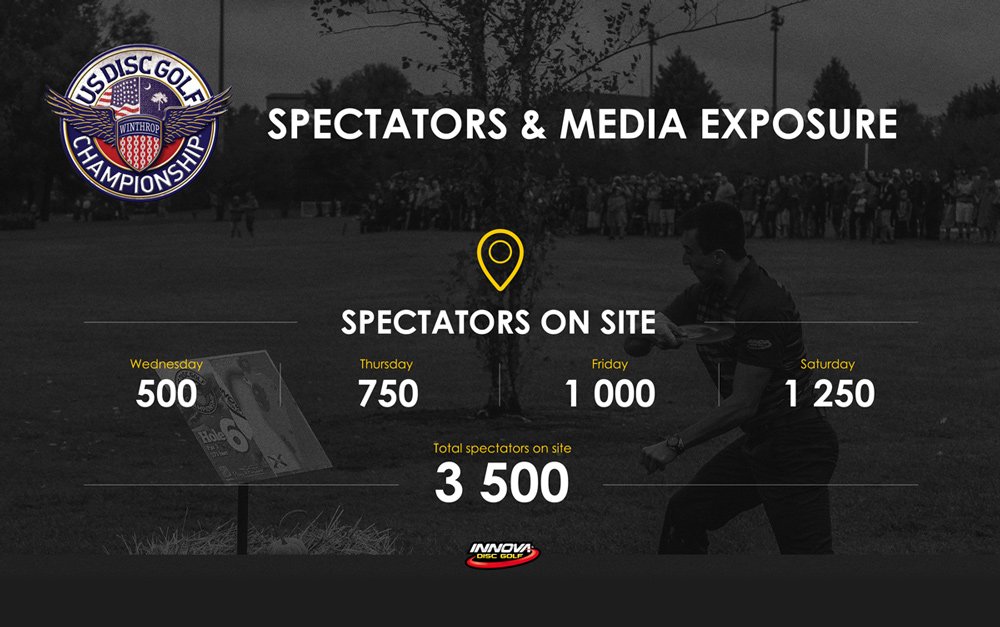 Like many seasoned USDGC veterans noted, the number of on-site spectators at the 2015 event was substantially higher than in the previous years. Even the rainy and cold weather on the final day did not scare a mass of the spectators, though our sources say that many local enthusiasts decided to stay at home on Championship Saturday to watch the exciting finish live through the SpinTV live stream. 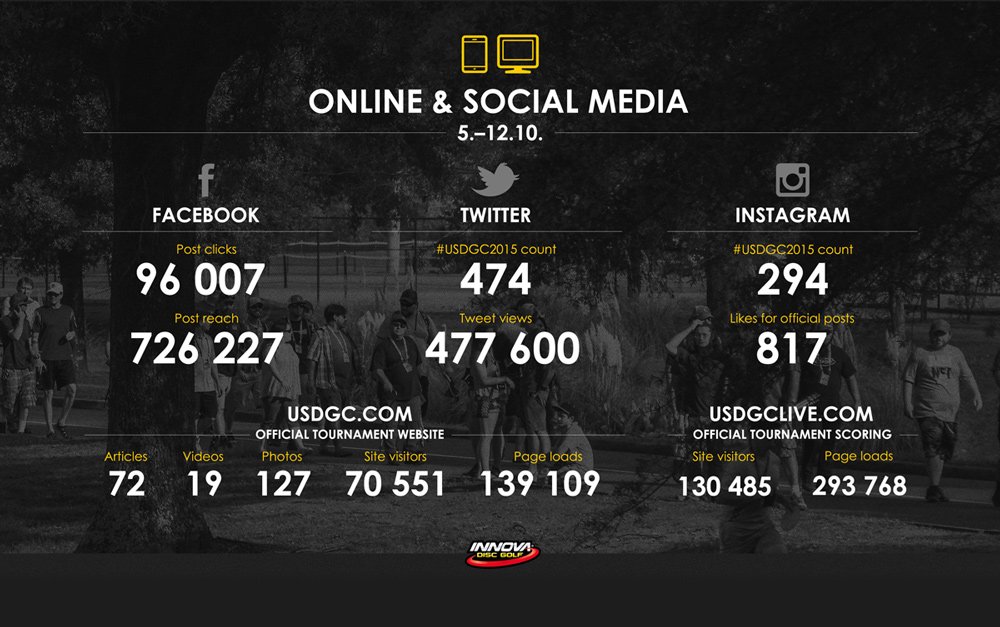 The media team's goal for the 2015 event was to make sure the event was seen and heard far and wide on social media. Facebook and twitter were chosen as the main channels of social communication and live updates. The 1,2M+ combined reach for these channels speaks loudly for the fact that you must have been hiding under a rock if you missed the USDGC altogether. We also were especially prolific in producing article content for the tournament website, racking in a whopping 72 articles throughout the tournament week. In terms of traffic stats for both the tournament site and the scoring site, all previous visitor records were exceeded by a far. 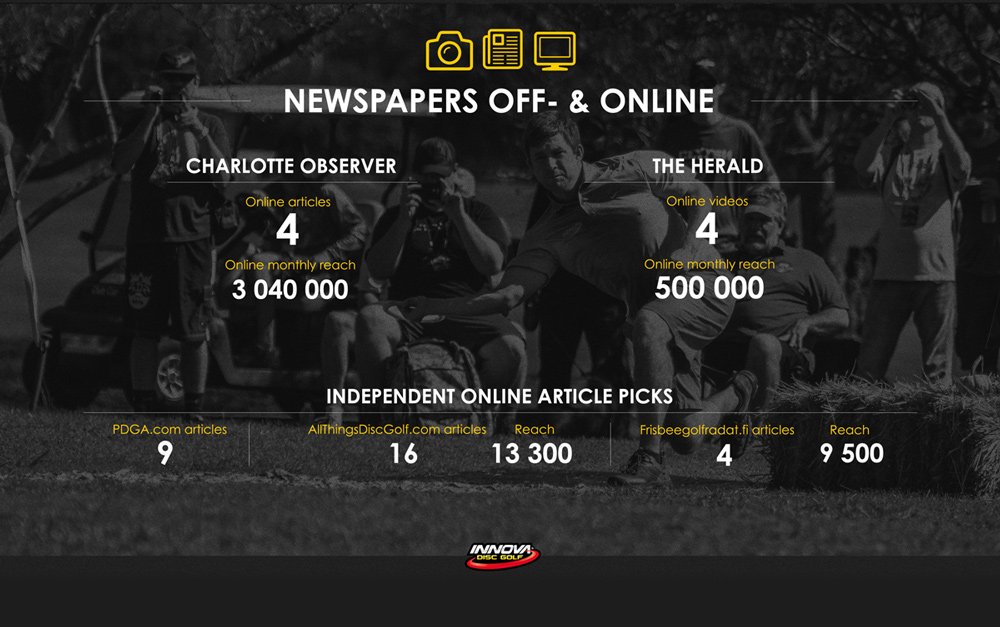 Another new thing for the 2015 event was the introduction of means to attract traditional media. AllThingsDiscGolf.com's own Zach Parcell joined forces with the event media staff to produce press releases and stories that were sent to local newspapers as soon as the rounds had ended. While we do not necessarily have all the numbers of articles available, Charlotte Observer's and The Herald's input on event coverage was impressive by all standards. Honorary mention also goes to ESPN's online video feature of Ståle Hakstad's ace, that spread like a wildfire through social media. Last but by any means not least in our palette of media measures comes the online videos. We had the honour of working with the Spin18 media team and its many collaborators like SmashboxxTV, Jomez Productions, The Disc Eye and Hatchet Harry. This team of disc golf video pioneers produced a smorgasbord of video content throughout the week, including post-round interviews, live stream of the 2 last rounds, play-by-play tournament coverage and the SpinTV's magazine program "The Insider Show" after each round of the tournament. While there's still some videos on the editing board, the total number of videos produced from the 2015 USDGC already exceeds the number of videos ever produced from any other disc golf tournament to date. Check out all official USDGC 2015 videos here.

On behalf of the whole USDGC 2015 staff we'd like to extend our gratitude towards everyone who contributed, followed, liked, commented or shared any of our efforts in the field of tournament media. We strongly believe that producing professional event media coverage is a major step towards the mainstream, and we hope that you liked what you saw or heard from the 2015 event. If you're interested in reviewing the complete infographic of the illustrations posted in this article, please find it here (2MB).