After a day with five bogeys, 2015 Champ Paul McBeth came back down to earth, shooting a surprising -4 and now leads the event by only five strokes over hard charging James Conrad and Kevin Jones, both at -24 for the event.

Leading the USDGC by 8 strokes going into the round, McBeth extended his lead to 9 after the first hole when he birdied and Conrad made par. Both he and Conrad then made bogey on Hole 3, but they both made amends for that on the signature Hole 5 lake hole. 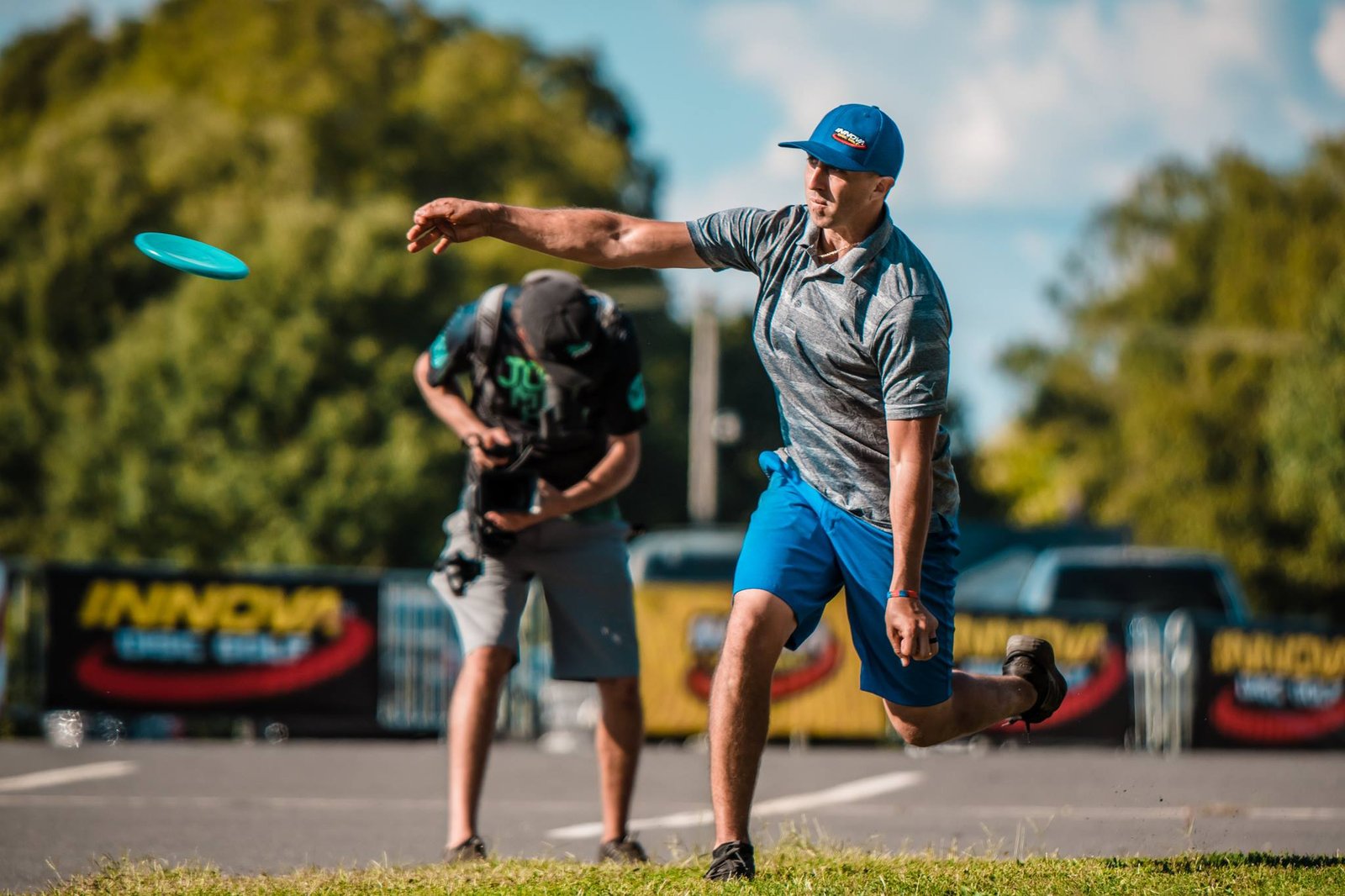 In McBeth’s case, his Hole 5 tee shot put him in a tricky position under a crepe myrtle tree lining the fairway. However, after a nice crouching forehand he made an amazing long turnover third shot to ensure a birdie.

Conrad works to get lead down

Conrad got the lead down to six after Hole 11, but then fell behind by 9 strokes again after making bogey on Hole 13. However, McBeth then hit a hard stretch starting with a bogey with Hole 15 and then another bogey on Hole 17. On those holes, Conrad made a nice save on Hole 15 when he threw a forehand roller while kneeling through the mando entry way that led to a par save. Then on Hole 17, Conrad hit his birdie putt after making a smooth putter drive that turned over just slightly and caught enough turf to stay in bounds. He finished at -7 for the day after making birdie on the final hole.

Kevin Jones has made an appearance on the USDGC’s lead card last year during Round 2, but this will be his first experience on the final round’s lead card. With his -11, the hot round for the day, he showed he belonged in the mix of things for the final day.

At -10, Seppo Paju brought himself closer to striking distance. During his bogey free round, the long bomber from Finland had a very handy 100% fairway hit percentage. Look to him to jump even higher up on Saturday.

Defending champ Nate Sexton isn’t out of it being eight strokes back, but he’ll need a big round on Saturday to keep his crown.

Going into the day at -14, Paul Ulibarri didn’t have the round he needed to keep up with McBeth and company with a -5, but he did have the highlight of the day when he aced Hole 17 in front of the big lead card gallery.

It all comes down to Saturday

With Conrad and Jones on the move, it’s becoming apparent that McBeth’s incredible first two rounds can only take him so far. He’ll have to turn it on during the final round to take home the US title for the second time.