It wouldn’t be Monday Qualifying without a playoff. Well, at least that’s how it’s been five of the last six years.

After all of the scorecards were turned in for the day, three men including Stephen Schroeder, Ezra Robinson, and Brandon Brown were all tied at 66 (-1) for the last two spots.

The weather, which is usually approaching fall-like temps this time of year, was still full-fledge summer, maxing out today at 91 degrees. Players better get used to it because the heat is not expected to let up until Saturday, the final day of the tournament.

For the second year in a row brothers Isaac and Ezra Robinson of Snellville, GA, made the grade during the Monday Qualifier.

Schroeder is also no stranger to making the Monday Qualifying cut. He’s done it three of the last four years. Schroeder, obviously has it figured out. When asked what the trick was, Schroeder, who lives in Charlotte, said it certainly helps being local so he can pop into Winthrop for practice. And, he believes in his qualifier strategy of going into it knowing he’ll only play one round.

Plus, he has Estonian Silver Lätt as a good luck charm. Schroeder said the first time he Monday Qualified in 2016, Lätt was roaming the course watching him and others play. Schroeder developed a friendship with him and Lätt has caddied for him every Monday Qualifying since.

Lätt said he and Schroeder have similar games, so it makes caddying for him easy.

“We always have fun out on the course. We talk a lot during the round and mostly not disc golf conversations. I believe that helps him to stay calm and execute shots better,” said Lätt, who qualified earlier in the season and will be playing in his fourth USDGC.

Turner Glad to Be Back After Injury 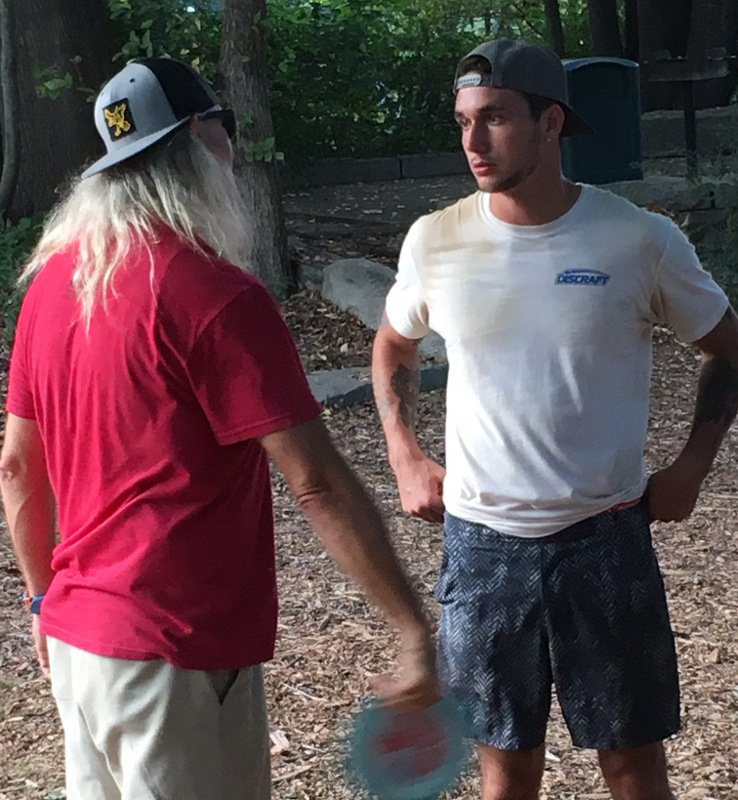 When Austin Turner completed his second attempt around 5 p.m., his 64 (-3) took the top spot on the qualifier leaderboard for the remainder of the day. This will be his first Major event since last year’s USDGC, in which he withdrew after three rounds.

Turner said he tweaked his back during practice for last year’s USDGC, which led to a greater injury of his hip. Ever since then he’s been trying to get back to 100% health. At his injury’s worst, he could barely move.

“I literally sat in bed for two months this year,” said Turner, who had a big 2017 with top 10 finishes at Pro Worlds and three National Tour events.

After removing himself from the Las Vegas Challenge and the Memorial early in this season, Turner started physical rehab in March and has brought himself back into playing shape. He skipped this year’s World Championships to further rest and now figures he’s about 80-90% recovered.

He felt pretty good about the (-3) he turned in, but ultimately wasn’t too satisfied with it, knowing he’ll likely need even better stuff to compete this week.

Tune-in to UDisc Live and the USDGC’s Live Broadcast for rounds 2, 3, and 4 to see how our Monday Qualifiers fair in the Championship.