Rocs to Throw, Rocs to Collect 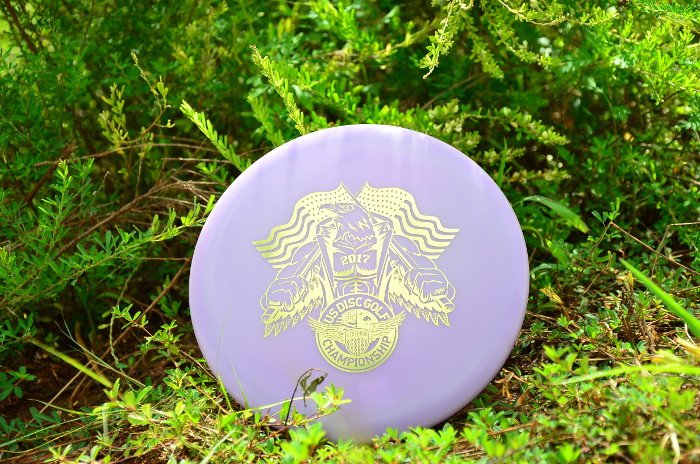 ***Find many of these Rocs at the USDGC Pro Shop

Don’t you love it when old stuff is refreshed in a cool way? That’s what artist Benjamin Hopwood did for the latest USDGC Champion Roc release, “Flag Bearer”.

In it, Hopwood depicts a hulked-out eagle – looking like he might tear through a few phonebooks – and has him carrying the familiar two flags from the old USDGC crest/logo, blending old USDGC with modern day.
“I’m super happy at how well it came out. It’s really clean,” said Hopwood of Myrtle Beach, S.C. Check out the old crest logo below.

The Flag Bearer Roc is based on an earlier version of the “Freedom Roc”, which was also designed by Hopwood and was released prior to the 4th of July. It's pictured below. Look for more Freedom Rocs to be released at the USDGC Pro Shop this year. 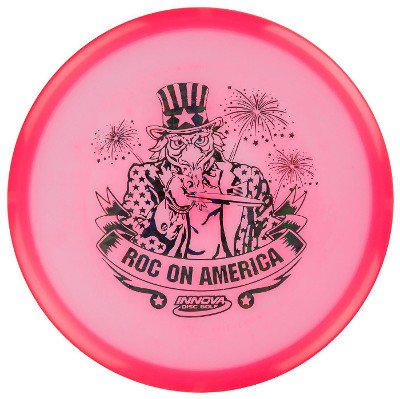 Since the Uncle Sam eagle image was used for the Freedom Roc, an earlier vesrion with the bulked up eagle in front of an American flag was perfect for this edition of the USDGC Champion Roc release. All Hopwood had to do was make a few modifications.

Hopwood said his style, which he describes as comic book-esque, has evolved since he first completed artwork for the 2016 USDGC. Instead of going from memory for things like the eagle’s head (which he would’ve done in the past), he studies pictures to get that likeness just right. Otherwise, “Birds can look so much like other birds,” said Hopwood, who went to school for comic book art/animation.

Now in his 6th stamp design for Innova, Hopwood is pleased at his progress. “The stamps are getting better and better,” said Hopwood, whose other contributions include the popular the XXL Valkyrie and XXL Orc stamps. 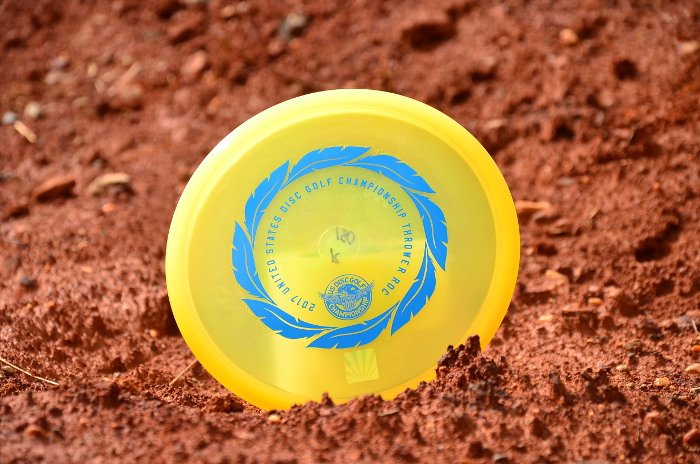 These Thrower Rocs are meant to be just that … thrown. So even though you won’t be keeping these behind lock and key, you’ll still look upon them with pride.

For one, the latest Thrower Roc stamp, designed by artist Levi Whitpan, is pretty darn sweet. 8 Roc feathers form a ring atop the disc resembling the flight of a single feather.

Whitpan said the plan was for a simple and clean ring. "Something that complimented the beauty of the plastic itself and the spirit of the USDGC Roc in motion, without being detailed or extravagant," said Whitpan.

He said he had several versions he tinkered with, but this was the final choice. "And the solid feathers seemed perfect for showing off the actual foil color/pattern," said Whitpan, who also designed the new USDGC Roc+
Next, the plastic colors available are pretty rad. There’s a full array of colors including some wacky blends that might melt your brain. All in all, it’s a Thrower Roc not to be missed.

More about the Thrower Roc:

Thrower Rocs are different from the Collector Series Rocs. Each year, a small number of Rocs do not get used for Collector Series releases. Generally, this is due to minor cosmetic imperfections that do not affect the disc's performance or because we simply had extra discs leftover after all collector series Rocs were produced and sold. These discs vary in age and appearance, adding to their mystique, collectability, and appeal. We refer to them simply as “Throwers”.