If you enjoyed the 2015 USDGC, which included Paul McBeth capturing his first US Championship title and disc golf’s first ever Grand Slam, then you are sure to be excited about 2016. In addition to crowning a new US Champion, the USDGC (Oct. 5-8) will also serve as the capstone event for the 2016 Disc Golf World Tour.
“We helped make history last year (2015) and are excited to do so once again as part of the inaugural Disc Golf World Tour," said USDGC Event Director Jonathan Poole.

For the 2016 and 2017 seasons, the USDGC will be the final stop on the Disc Golf World Tour, which will help propel professional disc golf into the forefront globally, and to attract mainstream sponsorship through top-notch, media savvy events. In addition to a USDGC title on the line, competitors will also vie for the DGWT Points Title. Throughout the season, players will earn points at World Tour events, select PDGA events, and the USDGC where the World Tour Champion will be crowned. 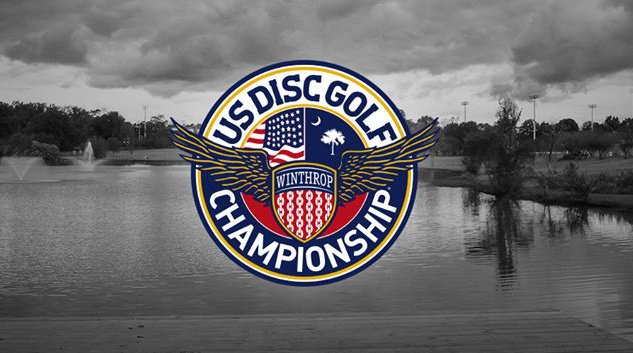 Qualify at DGWT and PDGA Events

USDGC qualifying will remain similar to recent years in that top performances at select events earn invitations. One new twist this year however, is that 10 invitations will be awarded at each DGWT event beginning with the La Mirada Open in California and followed by other DGWT stops in the Czech Republic, the European Open in Finland, and the European Masters in Sweden.

Remaining USDGC invitations will be awarded at the Pro World Championships, each of the PDGA National Tour events, the St. Jude Charity Invitational, the Sandhills Hybrid Invitational, and the Southern National Pro Championship. The final five spots of the year will be determined during Monday Qualifying rounds at Winthrop on Oct. 3rd. Monday Qualifying is open to the general public and is almost always a day that is filled with exciting and dramatic moments.

One Division. One Champion Returns.

One of the biggest changes to the USDGC in 2016 will be the absence of Performance Scoring. The Championship will return to its original “Open” format, where anyone who can qualify is able to compete regardless of age, gender, or their PDGA division of choice.

Performance Scoring will instead live on at the 2016 Kansas City Wide Open – Performance Flight (May 6-8) where up to 144 players will play in the event. Also during that time, there will be a KCWO National Tour event reserved for Open and Open Women’s divisions and a KCWO A-tier for aged-based pro divisions, both of which will be competing in the traditional stroke play format.

After playing in the USDGC Performance Flight, KC Wide Open Performance Flight TD’s Scott Reek and Dick Parker wanted to bring that idea home so more could appreciate the out-of-the-ordinary event that centered on the experience, said Parker.

Employed for five years at the USDGC, Performance Scoring created a level playing field so disc golfers of varying skill could compete against each other. In the process, players who would otherwise never get a chance to experience Championship level disc golf, found themselves on the same course as the pros – and loving every minute of it.

While the Kansas City Performance Flight players get a taste of big time disc golf and a sweet Player’s Pack, the competitors in the National Tour event will be fighting for a spot in the USDGC – one with the familiar “One Division. One Champion,” format that so many USDGC faithful have applauded since the tournament made its debut in 1999.

Fans of the USDGC have come to expect surprising twists. Since the beginning, the event has always been a testing ground for new ideas. Rules variations, innovative course design, and even changes in format have all been introduced in the interest of progress. “We get feedback from our competitors, fans, and volunteer staff, and then make adjustments we believe are in the best interest of the event and the game itself,” said Poole.

One thing tournament organizers want to do in 2016, is take the US Doubles Championship (Sept. 30 - Oct. 2), also a part of Championship Week festivities, to an entirely different level. Rock Hill now boasts an incredible new disc golf facility at Camp Canaan, nestled alongside the Catawba River. Canaan was designed by Innova co-founder, Harold Duvall, who also designed the Winthrop Gold Course.

US Doubles competitors will have one of the first opportunities to experience Canaan, and to enjoy a competitive round on Winthrop Gold in Championship conditions. US Doubles will be presented by Innova Disc Golf and the Charlotte Disc Golf Club, and should be an absolute treat for all who attend.

There is no doubt 2016 will be one of the most exciting years in disc golf history. New courses, new tours, and a ton of new gear will be available to disc golfers around the world. For more information on how you can get plugged in, be sure to check out some of the sites below: