Now that the 2019 USDGC is behind us, let’s take a look at some numbers that did not appear on the Championship leaderboard. Spectator attendance, live stream viewers, and the USDGC charitable donations are all summed up here. 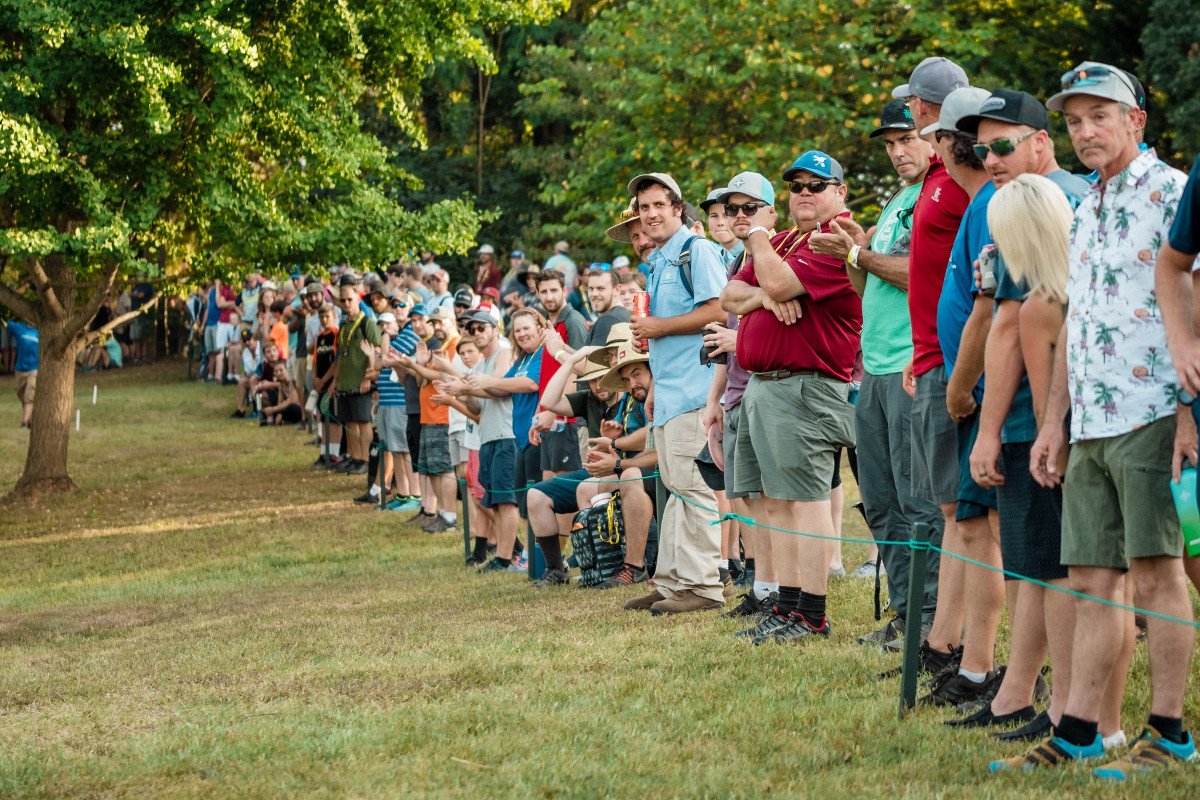 Nothing beats seeing the action unfold in person. This year the USDGC offered more ways than ever to visit the Winthrop Arena Course including the Single Day Pass, VIP Pass, Pink Pass and Gold Pass. A total of 1543 of various ticket types were purchased by fans who were eager to watch the Championship in person.

The USDGC is known for pushing the boundaries of disc golf in every aspect. This year, in the pursuit of delivering live coverage at an even higher level, the USDGC offered lead group coverage for Rounds 2, 3, and 4 through a Pay-Per-View Live stream Broadcast.

Fans responded. More than 2500 viewers tuned into the Championship during the live stream coverage which generated just over $20,000. This money will be used to help offset the broadcast production cost and as a donation to EDGE, which we'll discuss momentarily. 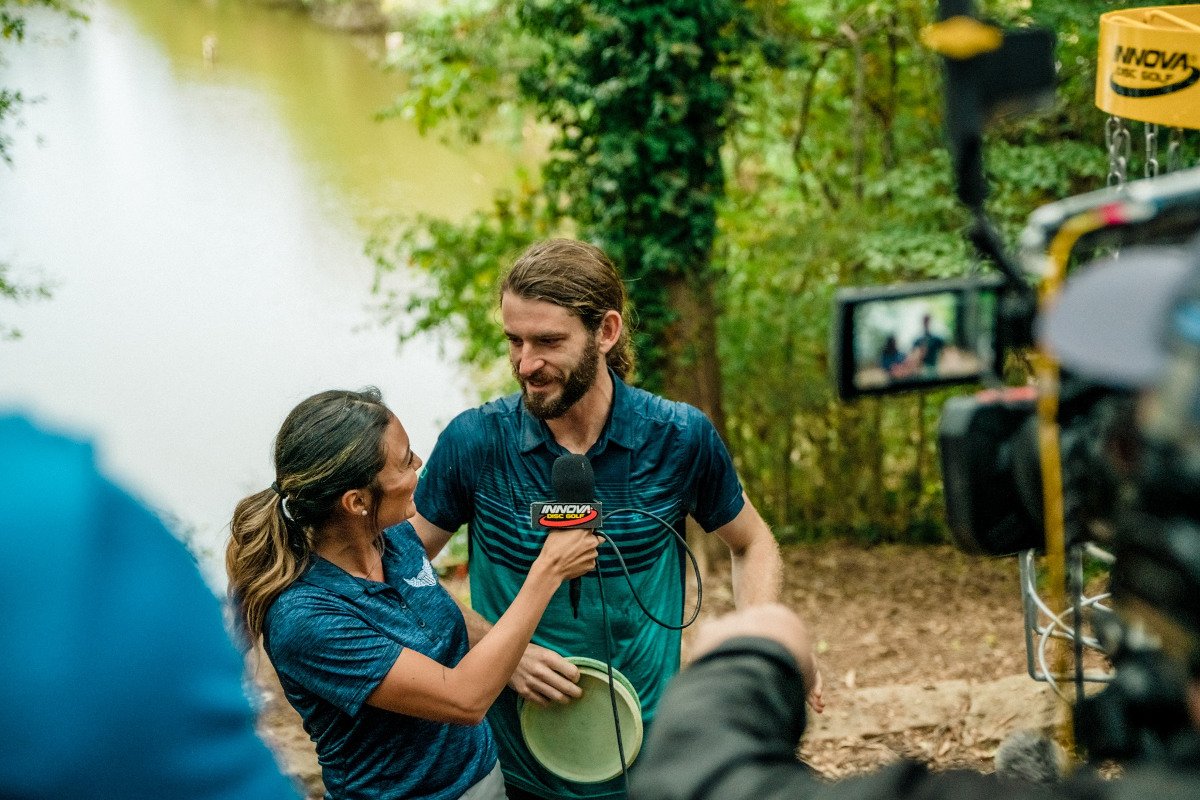 EDGE Annually Benefits from the USDGC

Established in 2001, the Educational Disc Golf Experience (EDGE) is a non-profit organization that introduces disc golf to students of all ages by providing grade-specific curriculum and equipment packages to schools, camps, and youth organizations.

This year the USDGC donated $15,000 to EDGE, including $5,000 from the live broadcast. Dating back to 2005, the USDGC has donated more than $300,000 to the EDGE program. Among many other accomplishments, EDGE has introduced disc golf to more than two million students throughout the United States.

In its second year, Chains for Charity continued its fun brand of EDGE fundraising. Prior to the Championship, USDGC fans pick a competitor to follow, then donate a contribution based on the number of birdies, eagles, and aces that player produces during the event. This year, Chains for Charity had 70 fan contributors pledge for 24 different USDGC players totalling $2,515.89 for EDGE.

Fan contributors can win awesome prizes by being top contributors or by guessing which player will have the most Chains for Charity Birdie Points or win the USDGC. USDGC game used targets were won by Tom Snyder of GA and Anthony Pugh of Texas. Timothy Johnfroe of Cut Off, LA was our top contributor and won a USDGC Player Package.

Competitor Nathan Queen won the Birdie Points title with 35 Birdie Points on 35 Birdies during the event. Paul McBeth won the People's Choice Award having over $500 pledged for his performance. Paul won $200 for his efforts and has asked to have his award be given back to the EDGE program.

For more info on EDGE, visit their Facebook page.

Raising money for worthy causes has been a longstanding tradition of the Championship. Since the event began, more than $370,000 has been donated to EDGE, Throw Pink, and a variety of other Rock Hill non-profit organizations. 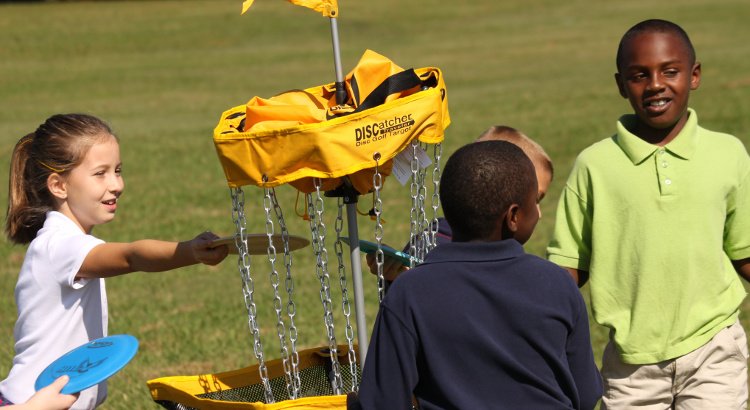 On Championship Saturday morning, 63 women and girls participated in the Throw Pink Event prior to USDGC lead groups taking the stage. Another 11 women helped out at the event that annually brings women together to play disc golf while raising awareness for women’s health initiatives. A portion of the event fee included a donation to the National Breast Cancer Coalition. 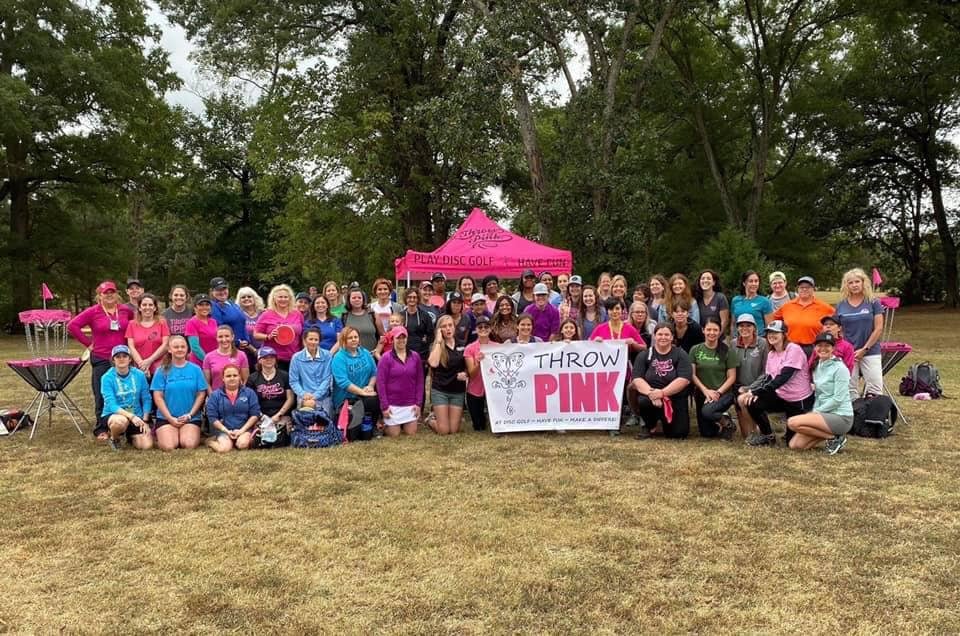 As the USDGC has grown, we’ve recognized the need for more specialized ticket packages.This year the Pink Pass was added. Pink Pass holders not only received entry to all four rounds of competition and other cool perks, but a portion of their fee also went to Throw Pink. In all, $2,500 from Pink Passes went to the non profit. For more info on Throw Pink visit their Facebook page.

The Sunday Spectator Appreciation Day rounds, in which fans can experience the Winthrop Arena Course for themselves, is one of the most sought-after tee times during the event. The $10 donation spectators contribute for a tee time of their own raised more than $1400 for Throw Pink.

Spectators got another chance to make a difference during the Big Arm Big Heart Distance Showcase. For a $25 donation to Throw Pink, fans could sponsor the athlete of their choice to launch an Innova Star Katana over Winthrop Lake on their behalf. If the throw cleared the lake with the disc that was signed, the fan got to keep it.

A $40 donation allowed a fan to step up to the Innova Flight Deck and try to clear the lake themselves. The distance showcase itself raised just over $1600. After rounding up the two fundraising totals, the USDGC was ultimately able to contribute $3200 to Throw Pink. 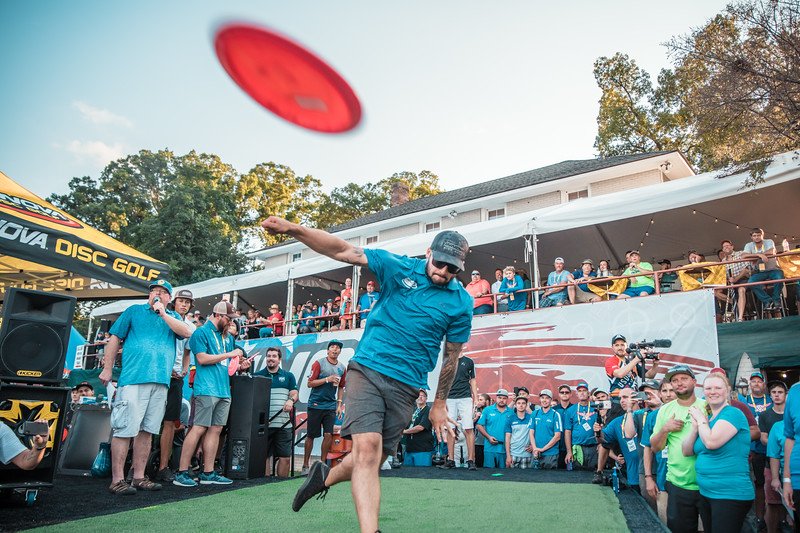 Big Things in Store for 2020 and Beyond

Making the USDGC better is something every staff member has in mind. That includes everything from the Winthrop course itself, to the fan experiences both on site and online, and to supporting the event’s many charitable partners. Expect the USDGC to build upon its rich history in Rock Hill and deliver memorable experiences for years to come.