In past years, if an approach strayed too far to the right of Hole 2’s green, the player was faced with a tricky putt from within the shule.

This year, there’s not much of a shule, but there are five new wooden pillars guarding the pin’s right side. 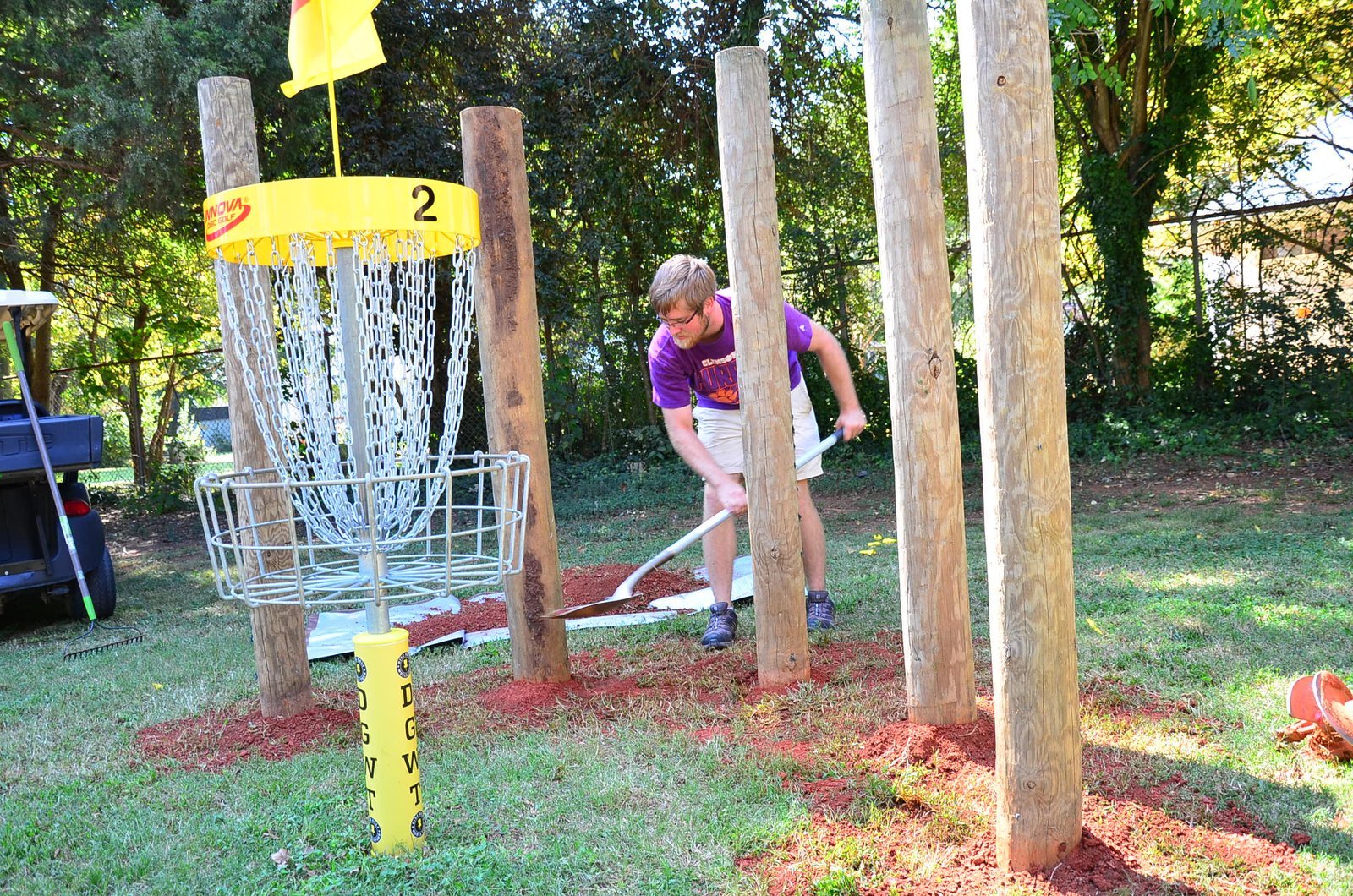 A USDGC staffer smoothes out the dirt surrounding the newly planted pillars on Hole 2’s Green.

Since much of the bushes and other cabbage lining the fence near the green’s right side were significantly cut back prior to the Championship, course officials decided to install the 6-foot tall wooden pillars (which are a few feet apart) to keep the pin from being too exposed.

It’s not much of an issue less than 10 feet away, but like years past if players stray too far right on their approach they’ll be met with an interesting putt. Players may opt to go straight at the pin for their approach or throw a forehand approach over the OB gravel lot to the green.

Still, many may stick with the traditional route to the green’s right side. Over the years on Hole 2, there have been many clutch putts made with a branch in the player’s face or worse. This year expect more clutch putts, but this time they’ll be expertly sailing their putter between the pillars.

Looks to the USDGC Caddy Book for other course changes.