Early on it looked to be a two man race between 2015 Champ Paul McBeth and Josh Anthon, however Anthon cooled off at the turn, while McBeth kept charging ahead during Tuesday’s Round 2 at the USDGC.

In the end, McBeth submitted another superb round (-12), just one stroke behind his big opening day, and he continues to lead the event, now by 8 strokes.

More hot temperatures greeted the players on Thursday and 90 degrees is again expected for Friday’s Round 3. 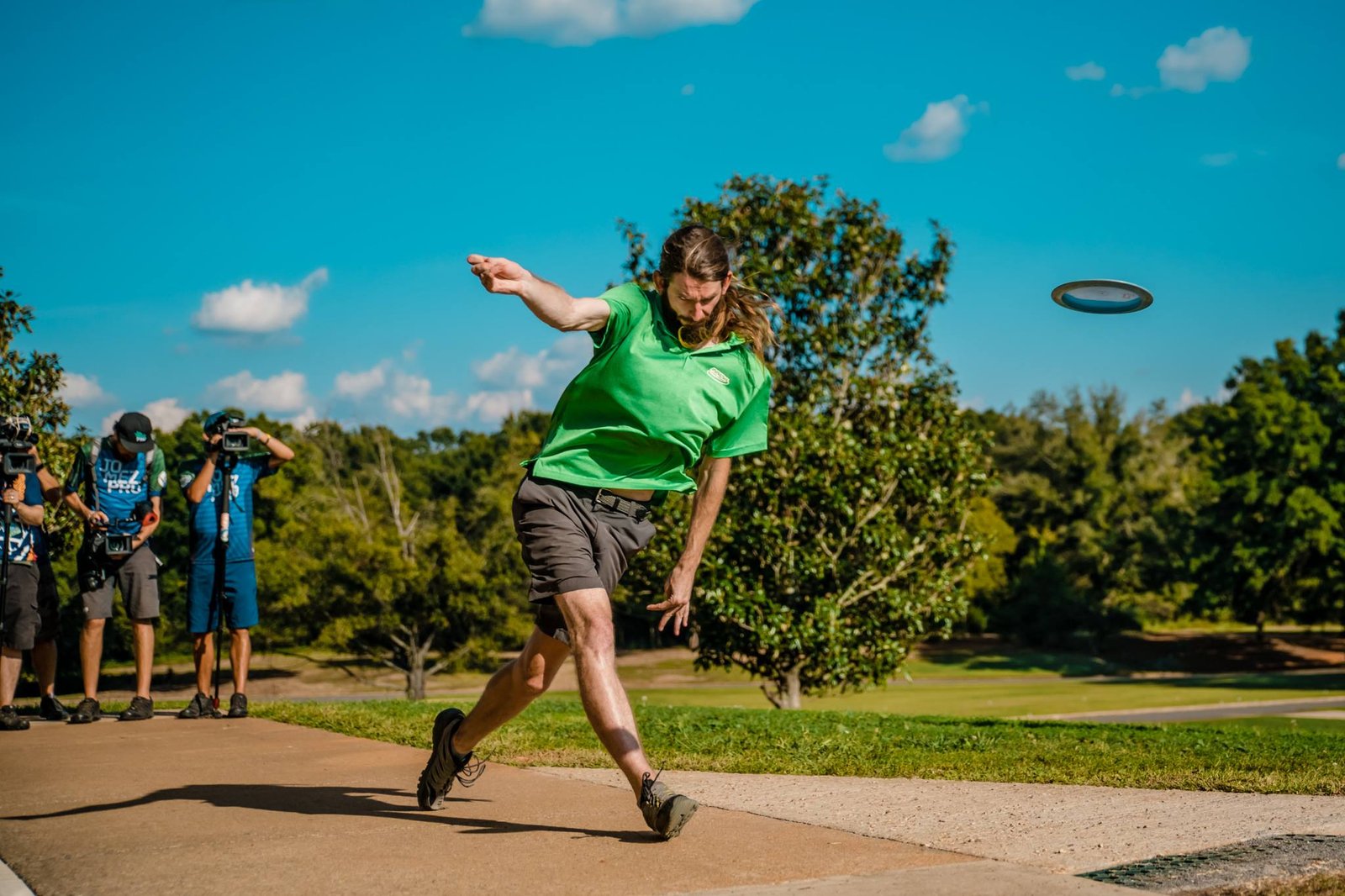 When Anthon skidded, James Conrad took control of second place. Conrad, who was three back of McBeth to start the round, started slow with bogeys on holes 1 and 5, but then throttled forward. He brought McBeth’s lead down from eight to six when he made a sweet birdie on the par 4, Hole 12, while McBeth gave up his first bogey of the event.

However, those were the last strokes Conrad gained on McBeth for the round. McBeth went on to birdie four out of the last six holes and finished the round with an 8 stroke lead.

Getting in the mix

For several players, Round 2 was a day to correct the mistakes from Round 1.  That included Chris Dickerson. His -8 was eight strokes better than Round 1 and made a nice jump in the leader board to a tie for 15th. Dickerson had two bogeys on holes 2 and 15, but finished strong with a birdie on Hole 17.

Others like Nathan Queen were trying to build on an already solid Wednesday round. Queen had a great front nine, birdying six, including a big 40-foot birdie putt to start the round. At -11, he’s tied for 10th.

Don’t look now but defending champ Nate Sexton is on the lead card for Round 3, after a bogey free -9. Another bogey free competitor, Paul Ulibarri, (-14) heads to the final pairing as well after shooting a -7. Sexton, Zach Melton, and Kevin Jones are all at -13 for the event, and all are looking to make up serious ground during Friday’s moving day.